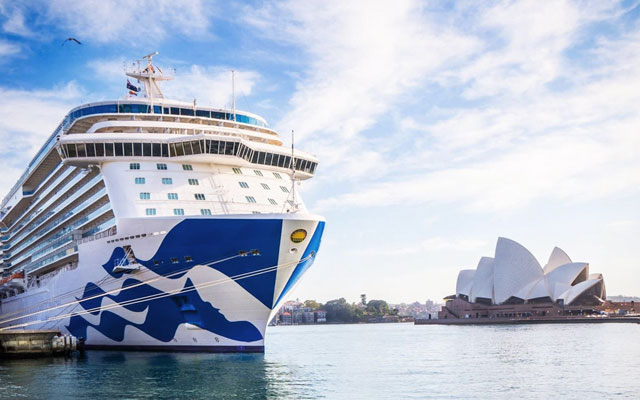 Princess Cruises has unveiled its 2023-2024 cruises and cruisetours season departing from Australia and New Zealand, which includes the longest ever world cruise from Australia.

The 2023/24 season will include more than 100 departures onboard the Royal Princess and Majestic Princess. Both ships will be based in Sydney. The Grand Princess will cruise from Melbourne and Coral Princess will sail from Brisbane and Fremantle.

Highlight of the season is the Coral Princess’ 2024 world cruise, visiting 32 countries in 110 days. The cruise departs on April 30, 2024 from Sydney and May 2, 2024 from Brisbane. The itinerary includes overnight stays in St Petersburg (Russia), Lima (Peru), and New York.

Along with the world cruise, Coral Princess will also sail on Australia’s circumnavigation itineraries.

Other highlights include departures from six Australia and New Zealand homeports including Sydney, Melbourne, Brisbane, Perth (Fremantle), Adelaide, and Auckland.

Extended More Ashore stays in a variety of destinations include overnights in Tahiti (Papeete) and Cairns, as well as late-night stays in Auckland, Hong Kong, Honolulu, San Francisco, Tahiti (Papeete), and Vancouver.

Guests can also enjoy access to more than 14 UNESCO World Heritage Sites including The Gondwana Rainforests of Australia (from Port Douglas), the Greater Blue Mountains (from Sydney), and The Tasmanian Wilderness (from Burnie).

Two cruisetours are also available, including the Australian Outback where guests have the opportunity to immerse themselves in Aboriginal culture and visit two UNESCO World Heritage Sites – the Great Barrier Reef and Uluru National Park’s iconic Uluru (formerly known as Ayers Rock).

The other cruisetour, Ultimate Australia, guides guests through the highlights of Sydney, Uluru/Ayers Rock in the heart of the Outback, Darwin, Cairns and the Great Barrier Reef.