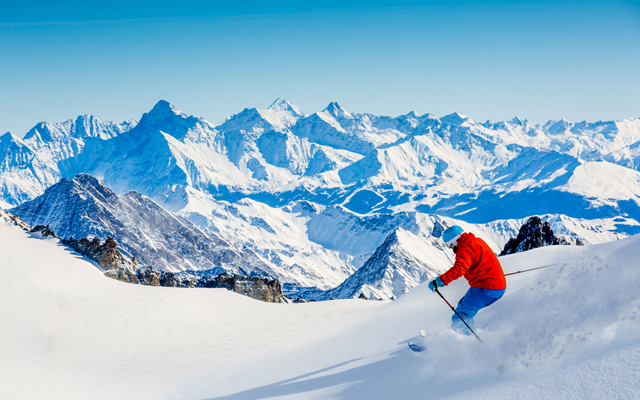 Travel companies in Singapore are reporting a promising uptick in outbound travel interest and bookings over the past few weeks, with western destinations earning the bulk of attention, since the city-state government shared plans for an endemic transition on July 26.

Travel analytics firm ForwardKeys indicated a 68 per cent surge in flight tickets issued for departure from Singapore from July 26 to August 8 compared to the previous two weeks.

The change in tone, according to travel specialists, is largely spurred by Singapore’s decision to begin an endemic Covid transition, which includes allowing fully vaccinated travellers from Australia, Austria, Canada, Germany, Italy, Norway, South Korea and Switzerland to serve their compulsory quarantine at home upon arrival in Singapore instead of a government-appointed facility. The flexible quarantine programme will come into effect on August 20.

Singapore made other milestone announcements on travel recovery – on November 11, 2020 when efforts to establish a Singapore-Hong Kong Air Travel Bubble were confirmed; on April 26, 2021 when both Singapore and Hong Kong officials agreed to revisit the delayed Air Travel Bubble arrangement; and on July 26 when intentions to begin a pandemic exit strategy were shared in parliament.

In comparing the performance of departure flight tickets issued out of Singapore following these three milestones, ForwardKeys found that the sharpest surge occurred two weeks after the November announcement; issued tickets out of Singapore leapt by 172 per cent. In the two weeks following the second and third announcements, issued tickets rose by 31 per cent and 68 per cent.

Ema Mandal, analyst from ForwardKeys Insights Team, explained that the November announcement could have attracted the biggest reaction because it sparked “the first hope for travel to resume (and) it made the biggest noise”.

“Taking into account that (the Singapore-Hong Kong Air Travel Bubble) was cancelled, I guess people were more cautious in booking their tickets after the following two announcements,” she said. For Nicholas Lim, Asia CEO of The Travel Corporation (TTC), the market reaction to the government’s latest pandemic exit decision is very “real and encouraging”.

While TTC had started to see interest stirring in overseas vacations among Singapore customers since May 2021, the government’s recent and clearer stance on travel resumption resulted in intensified enquiries and fresh bookings.

Sixty-five per cent of bookings out of Singapore are for Europe itineraries, 25 per cent for North America, and the rest for Latin/South America, revealed Lim, adding that most of the bookings are for travel in summer 2022.

Luxury travel specialist Scott Dunn Asia, which has also witnessed a spike in bookings out of Singapore, found Europe to be red hot. General manager Mike Harlow said that is because Europe is “mostly open, is closer to us than to places like the US, and the Singapore government has made comments that we may potentially open travel corridors there too”.

Singapore travellers are also planning bucket list trips to destinations like the culture-rich Caucasus and East Africa to see the gorillas and wildebeest migrations, added Harlow.

Asia-Pacific destinations are getting renewed attention too, noted, Liu Weichun, co-founder of KKDay, who noted a “massive increase” in searches for outbound tours this November and December to Japan, South Korea, Phuket (Thailand), Australia and New Zealand.

“Many people are looking forward to the possibility of resuming travel in the next few months,” Liu added.

Identifying the post-pandemic first-movers
According to ForwardKeys data, 54 per cent of departure tickets issued in the two weeks following the July 26 announcement were for leisure travel. The VFR+Expats segment – travellers staying more than 22 nights in a destination – makes up the next larger chunk, comprising 38 per cent. Business travel makes up only seven per cent.

Commenting on the choice of travel cabins, Mandal said: “While in pre-pandemic period Business and First class cabins were occupied mostly by business travellers, we now observe increased share of both leisure and VFR travellers flying in these premium classes, accounting for 88 per cent of all tickets issued with business and first classes.”

Jameson Wong, APAC director at ForwardKeys, added: “Capacity and availability aside, this clearly signals that the new norm travellers want space and comfort, and are willing to pay for them.”

Further defining the profile of consumers most eager to get back to travel, ForwardKeys data showed that 42 per cent of bookings are by solo travellers while 22 per cent are by couples. Most have also booked their flights directly with airlines – 83 per cent for the period of July 26 to August 8.

Travel specialists observed that customers who are able to immediately restart overseas vacation plans are those with financial stability and who possess better control over personal time.

At TTC, itineraries offered under the company’s premium labels, Insight Vacations and Uniworld River Cruises, are attracting the bulk of post-pandemic first-mover travellers.

“The ones first returning to travel are those aged 40 to 60, are affluent and well-travelled. We expected this because this segment of consumers have been quite unaffected by the economic downturn. Younger travellers, including the youths, will take some time to resume their travels but when they do, we expect to see some very short booking windows, probably booking just a week before departure,” said Lim.

Scott Dunn Asia is scoring bookings for ski season, to France and Lapland, while some Singapore families are looking to extend their time in parts of Europe and the US, such as London and New York, for some leisure travel after settling their children back into schools there.

Harlow observed that post-lockdown trips are stretching out longer, “possibly due to the fact that it’s not as easy to venture out as it was before the pandemic hit, so once they are out, they’d prefer to spend a longer time exploring before returning home”.

Scott Dunn Asia’s travellers from Singapore are putting in at least 14 days in longhaul destinations now, compared to about 10 days pre-Covid. For the Maldives, which is gaining popularity among Singapore travellers desiring a shorter break, trips now last five to six nights, compared to three to four nights before the pandemic.

Harlow also told TTG Asia that multi-destination trips are falling out of favour “due to the various tests and entry requirements in place, and the danger of a destination suddenly going into lockdown that may affect the entire trip”.

KKDay’s Liu said families with young children could continue to be “conservative” about travelling, as vaccination for residents aged under 12 has yet to be approved by the government. For now, most of the post-pandemic first-mover travellers on the travel platform are couples and young adults.

“We are optimistic that outbound bookings will gradually increase with the easing of travel restrictions in September,” she added.

Scott Dunn Asia has continued to work with partners on crafting exceptional experiences and has been fine tuning itineraries. However, Harlow is more reserved when asked about the possibility of a promotional blitz aimed at the Singapore market.

“While the outlook for borders re-opening and quarantine reduced or free travel is looking promising, it is not yet clear where these travel bubbles or corridors will be. Destinations in Asia and Australasia are still battling lockdowns and trying to vaccinate their population. That said, we have seen Europe and North America bounce back strongly for this summer and we’re confident that we are ready to inspire our guests wherever opens.”

TTC’s Lim regards Singapore as a “South-east Asian front-runner when it comes to market recovery at this stage”, and said that longhaul destinations would be closely watching Singapore’s outbound performance.

TTC will be investing in consumer marketing to support retail agents in Singapore. “Our agent partners are at various stages of recovery, so it has to be up to us as the principal to drive consumer awareness through increased marketing,” he added.