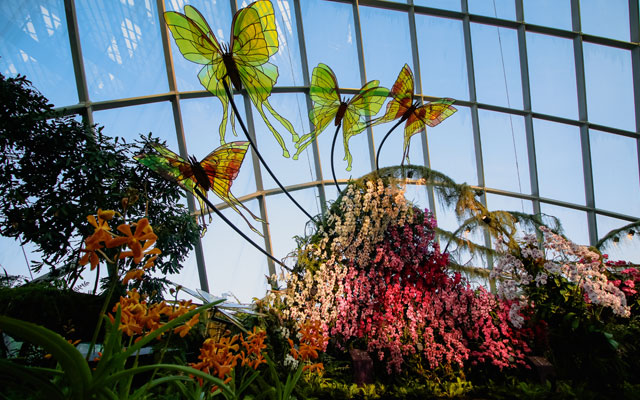 Launched by minister for national development Desmond Lee on Friday (July 30), the dedicated space will feature more than 1,000 orchids at any one time.

This is the first time since 2017 that a major area has been revamped in Cloud Forest, whose changing orchid displays have featured a plethora of orchids from Central and South America to East Asia. The new Orchid Haven is about three times the size of the original space.

While development works of Orchid Haven began last year, they were put on hold because of the pandemic.

The first changing orchid display to be showcased in Orchid Haven has been dubbed Flight of the Moth Orchid, and launches fortuitously just before Singapore’s National Day. The exhibit is a tribute to the Phalaenopsis orchid, a diverse genus whose floral form resembles that of a moth in flight. In this display, more than 800 Phalaenopsis orchids of 17 taxa are showcased in a breathtaking “waterfall” of cascading blooms.

Gardens by the Bay’s CEO Felix Loh said: “Our latest creation Orchid Haven is a way for our horticulturists to pay tribute to the nation on its 56th birthday, and amidst the current setback, the Flight of the Moth Orchid display expresses our confidence that Singapore will soar again in our battle against the pandemic.”