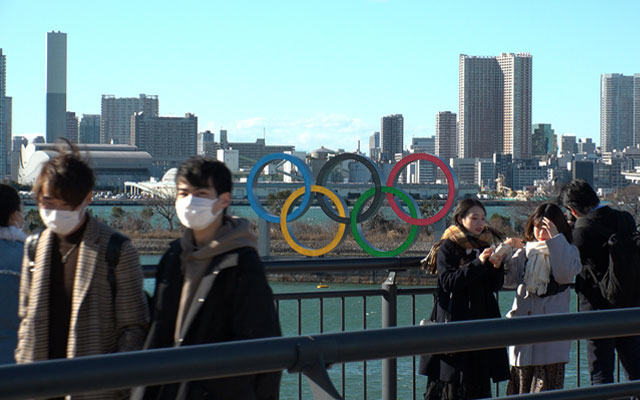 The Olympics Games in Japan will take place without spectators in host city Tokyo, as a spike in Covid-19 cases forced the country to declare a state of emergency in the capital that will run throughout the Games.

The announcement was made by Olympics minister Tamayo Marukawa on Thursday (July 8), following discussions with officials and organisers.

Prime minister Yoshihide Suga told reporters the state of emergency would run from July 12 until August 22, BBC reported. During this period, restaurants and bars in Tokyo will not be allowed to serve alcohol.

Venues in Tokyo and other areas near the capital city will not allow spectators at their Olympic events, said the report. However, stadiums in the regions of Fukushima, Miyagi and Shizuoka will be permitted to have spectators up to 50 per cent of capacity and up to 10,000 people.

Following talks between government officials, Tokyo organisers and Games representatives, Tokyo 2020 president Seiko Hashimoto said: “It is regrettable that we are delivering the Games in a very limited format, facing the spread of coronavirus infections. I am sorry to those who purchased tickets and everyone in local areas.”

Japan’s bid to continue with the Olympics amid a worsening pandemic situation has drawn widespread criticism from the public, which has called for the Games to be postponed or cancelled.

In announcing the state of emergency, Suga said the number of Covid-19 infections in Tokyo were on the rise, due in part to the highly infectious Delta-variant. “We absolutely must avoid Tokyo being the starting point again of another spread of the infection,” he told a news conference.

The Olympic Games is due to take place in Tokyo between July 23 and August 8.