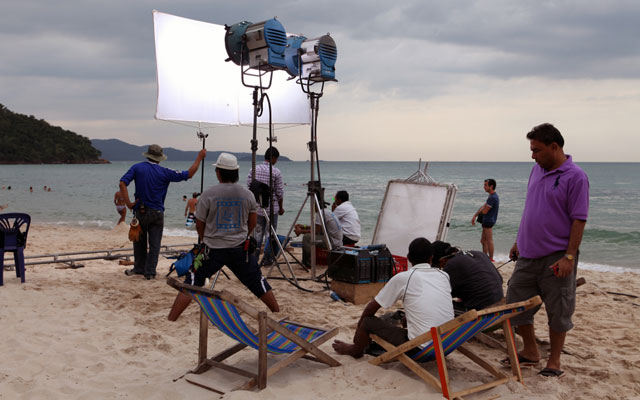 Thailand’s tourism authorities have been wooing regional and international film crews to the country’s shores, with a goal of generating three billion baht (US$100 million) from hosting such productions this year.

Film productions with a budget of over 100 million baht, featuring well-known directors or A-list actors, are being targeted, reported the Bangkok Post.

According to recent data from the Tourism and Sports Ministry, Thailand welcomed a mere 6.7 million international visitors last year, generating 332 billion baht – down 82.63 per cent from the previous year.

The Chinese market accounted for the biggest fall, with visitor numbers plummeting from nearly 11 million in 2019 to just 1.2 million.

Thailand’s plan to attract foreign film companies to shoot productions in the country is one of many measures taken by the country to reboot its once-booming tourism sector ravaged by the pandemic.

Anant Wongbenjarat, director-general of the Tourism Department, was quoted by the report as saying that international productions can “generate income for locals, despite the tourism slowdown”.

According to the Tourism Department, Thailand hosted 176 foreign film productions in the country last year, raking in 1.73 billion baht for the local economy. The bulk came from China, followed by India, the UK, the US and South Korea.

The number of foreign productions was a far cry compared with the 4.86 billion baht generated by the 740 foreign film crews in the country in 2019.

After the Centre for Covid-19 Situation Administration granted special entry permission to film crews last August, 53 film productions were based in Thailand during August and December, contributing 1.14 billion baht to the economy, according to the report.

Another nine productions, accounting for a combined budget of 850 million baht, have sought to film in Thailand during 1H2021, which would help create 800 jobs for locals.