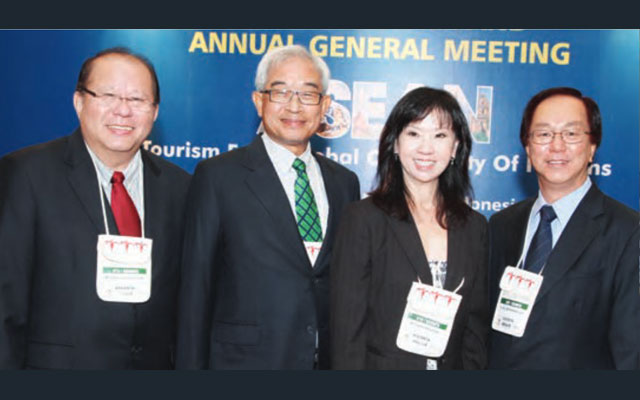 The former managing director of Lotus Travel Singapore, Allen Tsang, has passed away on September 21, at age 70, leaving behind his wife Nancy Tsang, and a son.

Tsang was sent off in an intimate ceremony attended by 30 of his closest friends and immediate family.

He was regarded as one of the few pioneers of Singapore’s inbound tourism industry. He was an active member of the National Association of Travel Agents Singapore (NATAS), contributing his time often to association activities and discussions to steer the development of the city-state’s tourism business.

Robert Khoo, who was the group CEO of NATAS, described Tsang as “a great friend of the industry”.

“People who knew him would have appreciated the gentlemanliness in which he conducted himself. He also served as the treasurer of NATAS for many years. He was very sharp in the way he conducted business, especially in the area of finance. NATAS benefited greatly from his wisdom and decisive actions. His sudden departure is a great lost to all in the industry, past and present,” said Khoo.

Michael Chow, former group publisher of TTG Asia Media, said:”Allen was energetic, passionate and full of ideas. He contributed positively and immensely to the travel and tourism industry in Singapore and regionally. Besides running Lotus Travel successfully, Allen was able to spend quality time with family and friends. He mastered an excellent work-life balance. Allen’s passing is a great loss to his family, friends and the travel industry.”

Caroline Boey, present senior correspondent and former group editor of TTG Asia Media from 1999 to 2007, said: “Amiable and friendly, Allen was always ready to talk about and share ideas on how to do things better and improve the travel agent’s lot.”

Raini Hamdi, current Asia editor-at-large of Skift and former group editor of TTG Asia Media from 2007 to 2012, recalled: “Allen was so passionate about golf, about the industry, about Nancy. When he spoke, it’s always forthright, no-nonsense, with that Hong Kong accent, trying to make people understand what nonsense is. I am deeply saddened. Allen was a friend of the industry first, of his own business second. He loved life, and life loved him back. I miss him already.”