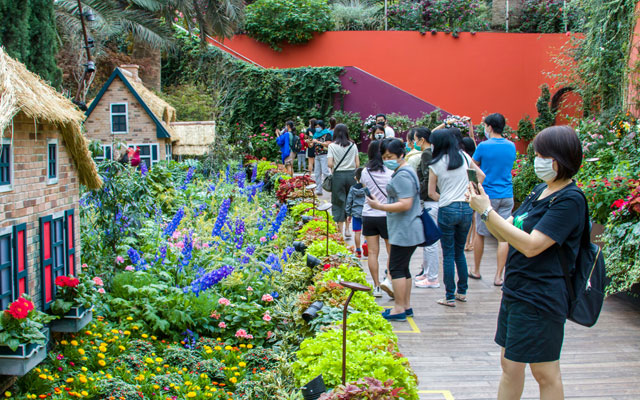 From December, all Singaporeans aged 18 and above will receive S$100 (US$74) worth of SingapoRediscovers vouchers, which can be used on staycations, attraction tickets and tours.

The vouchers will be provided in denominations of S$10 via the SingPass government portal, and will be valid for seven months between this December through end-June next year, reported Channel NewsAsia.

A S$10 subsidy will also be provided for children and youth tickets for attractions and tours, according to a fact sheet distributed by the Singapore Tourism Board (STB) on Wednesday, said the report. Each adult may purchase up to six children or youth tickets at subsidised prices during the duration of the scheme, it added. More details on the redemption mechanism will be announced in November.

Trade and industry minister Chan Chun Sing was quoted by the report as telling reporters at the Jurong Bird Park on Wednesday that the move will help the local tourism industry hit hard by Covid-19 to rebound. “This is not a social assistance scheme. This is an economic scheme to help our tourist attractions to preserve their capabilities that have been built up over the years, while they consolidate capacity in the interim,” he said.

STB CEO Keith Tan said the agency will put out a tender to appoint the platform providers for the redemption of the vouchers, according to the report. “We envisage it to be fairly simple and straightforward. We don’t want it to be too complicated for our locals using it, as well as for the merchants who benefit from it,” he added.

Last month, deputy prime minister Heng Swee Keat announced that the government would set aside S$320 million in vouchers to encourage its citizens to participate in the SingapoRediscovers domestic tourism campaign. All licensed hotels, attractions and tours that have been approved by the STB to operate or reopen can benefit from this scheme.

From Friday, attractions that have received approval to resume operations can apply to the STB to increase their operating capacity from 25 per cent to 50 per cent, subject to approval by the Ministry of Trade and Industry. Attractions can also apply to increase the capacity at their outdoor shows, which were previously limited to a maximum of 50 people.