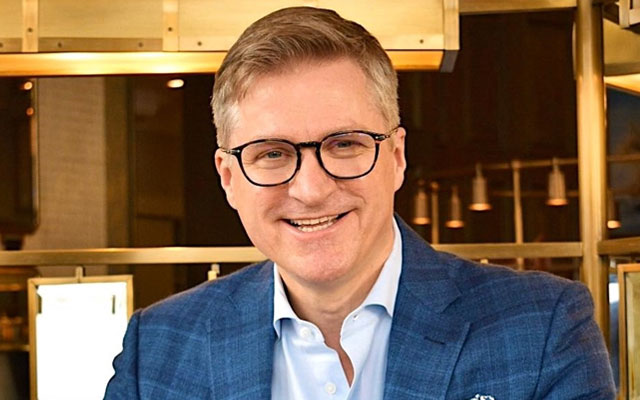 Langham Hospitality Group has appointed Bob van den Oord as COO, a newly created position to support the company’s hotel operations and core business functions that are spread over four continents. He will report directly to CEO Stefan Leser.

In his new role, van den Oord will oversee the regional vice presidents, hotel managing directors and general managers of the group’s properties in North America, Europe, Asia-Pacific and the Middle East. tAt the corporate level, he will steer the food and beverage, spa, rooms and quality divisions to ensure that the hotels around the world meet or exceed operational, guest service, strategic, branding and fiscal plans, while maintaining the highest standards of regulatory compliance.

Van den Oord brings over two decades of experience to his new role based at the corporate office in Hong Kong. He was most recently managing director at The Langham, London as well as regional vice president, operations (Europe, Middle East and the US.)

Prior to his tenure in London, he was managing director at The Langham, Hong Kong. During that time, van den Oord also concurrently took on the corporate role as vice president, brands at Langham Hospitality Group and played an integral part in shaping the brand guidelines for both The Langham Hotels and Resorts and Cordis Hotels and Resorts.

He first joined the group in 1999 as resident manager of Le Meridien Boston (now The Langham, Boston.)