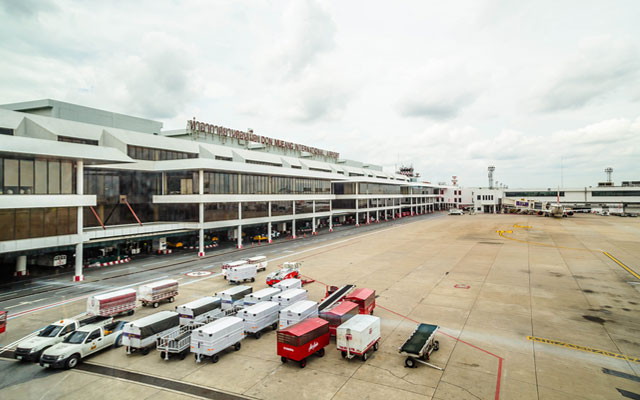 As the coronavirus has grounded flights and emptied airports across the world, Don Mueang International Airport in Bangkok is using this downturn to revamp the interior of its international terminal, a project which will cost 126 million baht (US$3.8 million), reported the Bangkok Post.

The report quoted airport director Sampan Khuntranont as saying that the project entails three sub-tasks: improvements to the air-conditioning system which will cost 99 million baht, re-carpeting works worth 18 million baht, and a nine million baht switch to energy-saving LED lights.

Construction bids will be opened this month, and work is slated to begin in July and expected to complete by year-end, according to the report.

As well, a plan is also underway to expand Don Mueang, with Thailand’s airport authorities having approved a master plan for the third-phase development of the airport pegged at an estimated 39 billion baht.