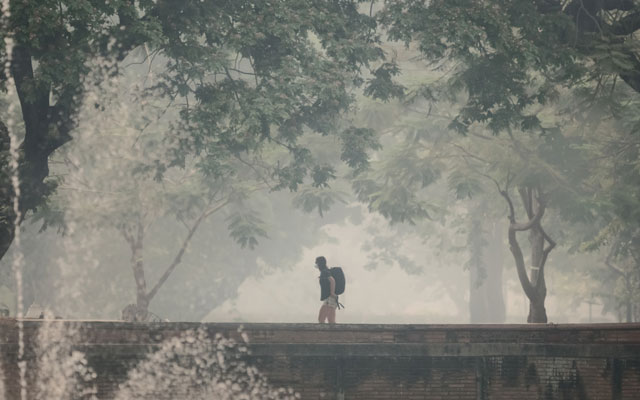 Thailand’s northern region has been hit with toxic levels of air pollution due to forest fires on Wednesday, especially in the Chiang Mai province, with some areas being engulfed in air quality levels 12 times above safe levels.

La-Iad Bungsrithong, president of the Thai Hotels Association northern chapter, told TTG Asia: “The fires are very severe this year and burning on Doi Suthep mountain, which is inside the city of Chiang Mai, making it a huge issue.”

She added that the poor air quality matters less now that everyone is forced to stay home due to the coronavirus pandemic, but stressed that when it comes to forest fires, the problem extends beyond Chiang Mai to other provinces.

“It doesn’t just affect Chiang Mai’s 25 districts. All our neighbouring provinces are fighting the same issue. As Chiang Mai is nestled in a valley, coupled with the dry air quality this year and fires burning within city limits, it’s created a more extreme hotspot than usual. But the fires have now been brought under control.”

Over the last few days, local news outlets have reported of unchecked fires still burning in the Mae Wong forest in Nakhon Sawan province, which is part of the lower north.

As of April 1, nine northern provinces were said to be experiencing very unsafe smog levels, with Nan bearing the brunt of it at 275 mcg. Chiang Mai’s levels stood at 119mcg-234mg.

Kenneth Rimdahl, owner of Chiang Mai-based business Monsoon Tea Company, shared: “(The air quality in Chiang Mai) has gotten worse year by year; with more smoke and (fires burning) for longer periods of time. It affects tourism a lot; every year, we have less customers from Europe, America, Japan and South Korea during the smoke season.”

Rimdahl, who has been trying to solve the root cause of the fires by helping the farmers earn an income by keeping the forests intact instead of using slash-and-burn techniques, added that while Chinese customers have increased every year, forest burning is also getting worse year by year.

On April 1, the governor of Chiang Mai Province announced that travellers entering the province, including foreigners from every transport channel and Thai interprovincial travellers from Bangkok and the southern provinces of Phuket, Yala, Pattani, and Narathiwas would be required to serve a 14-day quarantine.

To date, Chiang Mai has reported 36 cases of Covid-19.