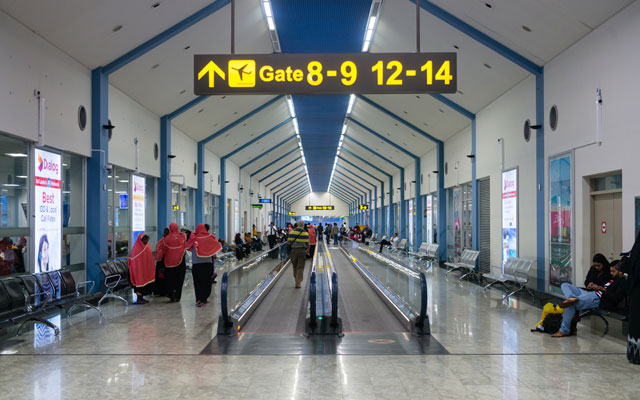 Sri Lanka will be banning all incoming flights for two weeks starting Wednesday to stem the spread of Covid-19.

Flights already in the air will be allowed to land and passengers can disembark, said Mohan Samaranayake, a spokesperson for president Gotabaya Rajapaksa.

The decisions were made at a meeting held by the Corona Prevention Task Force presided over by the president.

However, outgoing flights and incoming cargo flights will continue to operate at the country’s main international airport outside Colombo. Entry at the country’s ports have already been banned since last week.

The move is in response to a call by Sri Lankan tour operators on Monday for the government to heed locals’ cry for the banning of all tourist arrivals to the country, amid increasing cases of Covid-19 in the country.

“The Sri Lanka Association of Inbound Tour Operators, as a socially responsible organisation, has taken into consideration the increase in protests around the island by locals against foreign nationals, (as well as) the closure of wildlife parks and other tourist sites, and have decided that the relevant government authorities should consider restricting all foreign tourists from entering Sri Lanka from March 16-31,” its President Mahen Kariyawasam said in a statement on Tuesday.

Kariyawasam told TTG Asia that they had put forth the request to state-owned Sri Lanka Tourism chairperson Kimarli Fernando during a meeting on Monday, with the latter saying she would forward the request to the Task Force.

There have been several reports across the island of locals protesting against tourists visiting their areas. To date, Sri Lanka has reported 28 cases of Covid-19, all of which are Sri Lankans, with the majority having returned from Italy where they work.

Hotels and resorts have been reporting huge drops in occupancies over the past week, amid growing fears over contagion.

On Tuesday, the government added visitors from Qatar, Canada and Bahrain to the list of people banned from entering the country. The restriction also applies to visitors from Italy, South Korea, the UK, France, Belgium, Norway, Sweden, Switzerland, Spain, Germany, Austria, Netherlands, and Denmark.

As part of measures to curb the spread of the virus, the government has declared a three-day holiday till March 19, during which public gatherings are banned and schools and universities closed.