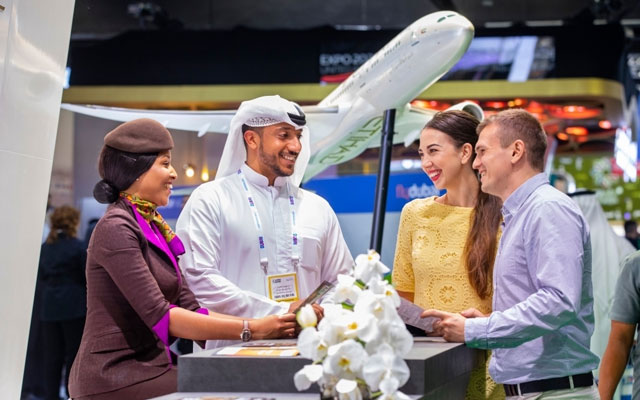 Low-cost carriers (LCCs) are driving growth in the Middle East aviation market, recording a 9.3 per cent increase in seat capacity, according to a Center for Asia-Pacific Aviation (CAPA) study.

This comes at a time when more passengers in the region are opting to fly in more modest and affordable cabin surroundings.

Over the next 12 months, LCCs are projected to continue competing for their rivals’ market share, with Saudia’s LCC subsidiary, flyadeal, leading this trend by becoming the region’s largest airline by seat capacity and recording a capacity growth of 78.1 per cent, according to the latest CAPA data.

Danielle Curtis, exhibition director ME, Arabian Travel Market (ATM), said: “The rise of LCCs in the region appears to be bringing some fresh momentum to the aviation industry, with research predicting 50 per cent of airline traffic to be on routes of less than 2,000 miles by 2038, a trend which Airbus described as ‘fertile territory for the LCC business model’ in their most recent report.”

Supporting LCCs’ potential for growth in region, Air Arabia and Etihad Aviation Group have announced strategic plans to launch a new budget carrier. Based out of Abu Dhabi Airport, Air Arabia Abu Dhabi, will become the fifth airline to operate in the UAE – and the capital’s first low-cost airline.

There have also been similar expressions of interest from foreign carriers Spicejet and Wizz Air to set up new low-cost airlines in the UAE.

LCC and aviation developments will feature heavily in ATM 2020’s programme, with a keynote from Emirates’ president Tim Clark, titled The Making of Emirates: The Legacy of Sir Tim Clark, taking place on the Global stage on April 20.

Meanwhile, the Low Cost Carriers on the Rise in the Gulf session on the Global Stage will explore the rise of new players in the LCC market, as well as the development of hybrid business models; and in the Inspiration Theatre, a session titled 2020 – Another Challenging Year for Airlines will look at the industry as a whole, discussing the challenges and opportunities and providing an outlook for airlines beyond 2020.

On the show floor, aviation participation at ATM 2020 is expected to increase 25 per cent over 2019. Emirates, Etihad Airways, SAUDIA and Kuwait Airways as well as Dubai Airports and Abu Dhabi Airports Company are among the confirmed aviation exhibitors at the annual trade event in Dubai.