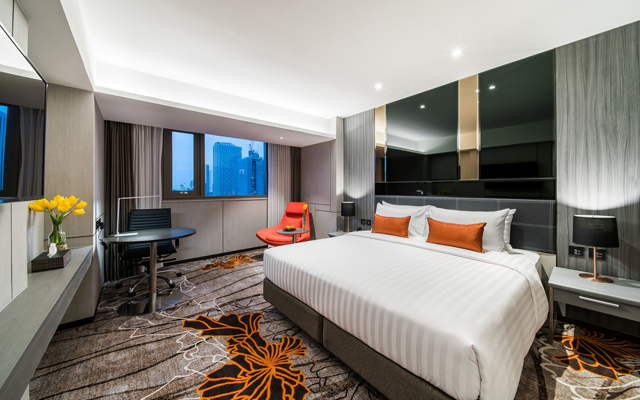 Hotel Verve Bangkok will be rebranded as Hotel JAL City Bangkok, as part of an agreement between Grand Tower Enterprise and Japanese hospitality firm Okura Nikko Hotel Management, a subsidiary of Hotel Okura.

Under the deal which was signed on November 15, 2019, the Grand Tower Enterprise hotels will be reopened as an Okura Nikko Hotel Management property come 2Q2020.

Marcel van Aelst, CEO, Okura Nikko Hotel Management, said: “We are delighted to be able to introduce the Hotel JAL City brand outside Japan for the first time, and are hoping it will help bring broader recognition of the Okura Nikko Hotel brand in Thailand.”

The 324-key hotel, which are suitable for long-term stays, will feature in-room TVs offering nine Japanese TV channels and commercial channels, bathrooms with bathtubs and a separate shower booth as well as a separate toilet.

Other hotel facilities include an all-day dining restaurant, and two meeting rooms. Guests staying at the hotel will also be able to use the swimming pool at the adjacent Hotel Nikko Bangkok.

The hotel will be the first overseas property operating under the Hotel JAL City brand, and the fourth property in Thailand to be operated by Okura Nikko Hotel Management, following The Okura Prestige Bangkok (2012), Hotel Nikko Bangkok (2019), and Hotel Nikko Amata City Chonburi (scheduled to open in 2021).