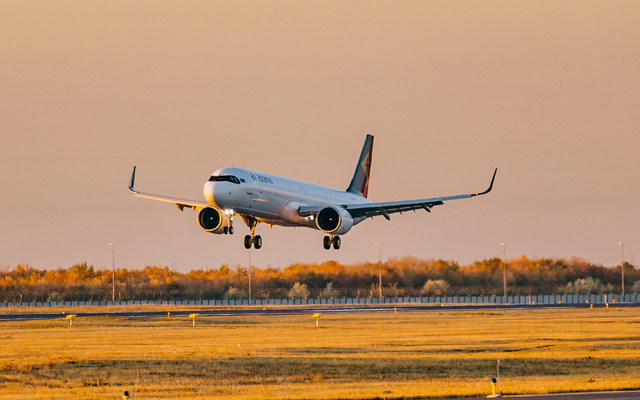 Cebu Pacific will be the first airline to fly direct between Puerto Princesa, Palawan, and Hong Kong when the service begins on November 17, 2019.

Air Astana is keen to expand its Asian network over the next two years following the delivery of a new fleet of Airbus A321LR aircraft. New destinations under consideration include Shanghai, Singapore and Tokyo.

The Airbus A321LR, which is a long-range version of A321neo, features 16 business class seats and 150 economy class seats.

Korean Air will launch new flights to Clark, the Philippines, from October 27. The flight will depart from Incheon at 07.55.

The airline will also launch new flights to Zhangjiajie, Nanjing and Hangzhou, which are routes distributed as a result of the previous Korea-China aviation talks. Incheon-Zhangjiajie will be operated three times a week, Incheon-Nanjing four times a week, and Incheon-Hangzhou twice a week.

China Eastern will be entering into a joint venture with Virgin Atlantic, Air France and KLM, providing more joint commercial propositions for customers between Europe and China.

China Eastern currently has a joint venture with Air France and KLM by working together on a portfolio of flights between China, Paris and Amsterdam. With Virgin Atlantic joining the existing partnership between China Eastern, Air France and KLM, the enlarged cooperation will offer strengthened customer benefits including increased travel options and optimised connectivity across Europe and China, further facilitated by a developed joint network, as well as competitive joint commercial propositions.

The China to UK markets are expected to be pivotal at a time where China Eastern and Virgin Atlantic services linking London to Shanghai are part of the mutualised offer. China Eastern plans to seek to codeshare for the first time on Virgin Atlantic services between London and Shanghai. This will open up a range of customer benefits, including the opportunity for customers to earn and redeem miles across both carriers on flights between China and the UK.

The China Eastern-Air France-KLM’s current joint venture schedules for the summer 2019 season are as follows:

Services for the summer 2019 season between London and Shanghai by China Eastern and Virgin Atlantic are as follows:

Virgin Atlantic will run a daily service to Shanghai Pudong from London Heathrow.