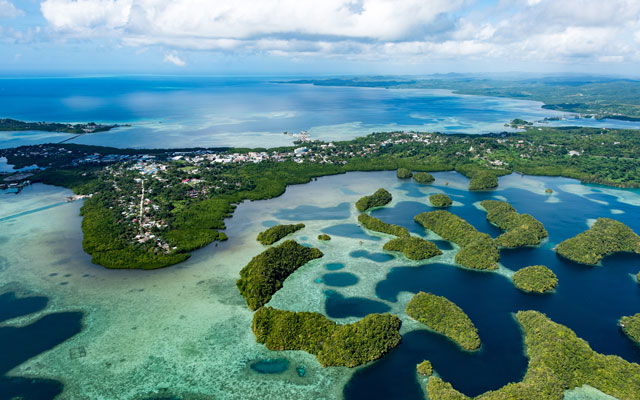 Direct air connections and the changing perceptions of Palau and The Marianas as simply diving destinations are top-of-mind concerns for the two destinations in the Pacific Ocean, as they look to sustain their traditional visitor source markets while seeking out new prospects.

Palau share similar top inbound markets – primarily North Asia – of China, South Korea, Taiwan and Japan, most of which with direct connections to both destinations.

Speaking to TTG Asia at the recent PATA Travel Mart in Nur-sultan, Kazakhstan, Priscilla Iakopo, managing director, Marianas Visitors Authority (MVA), shared: “The reason why we focus on these Asian countries is because we have direct flights to major ports, as well as the short amount of flight time of between three to 3.5 hours.”

New source markets are clearly on the cards for MVA, with Iakopo indicating The Marianas will be participating in ITB Asia for the second time this year to woo “South-east Asian markets like Singapore and Malaysia”.

Palau Visitors Authority (PVA), chairman, board of directors, Ngiraibelas Tmetuchl, has the same sentiments: “One market we would really love to have direct flights to is Singapore. They are the type of customer we want, but the challenge is that this market wants direct flights. The last thing a Singaporean wants to do is to stop somewhere else and shorten their already limited vacation time.”

Should direct flights from Singapore take off, they would also help to open Palau up to the European markets, Tmetuchl said.

Hence, both tourism authorities agreed that the most important thing now was to grow more direct connections, which would in turn help to bring in new source markets.

“The Marianas signed an agreement last year with Skymark Airlines – a domestic Japanese carrier – for a direct flight between Tokyo and Saipan. Saipan is also the first international flight on its network,” Iakopo revealed.

Similarly, Tmetuchl hopes that direct flights out of Narita, also operated by Skymark, will be able to start by March 2020. He added that South Korean LCC T’way Air currently has some scheduled charters coming up in 2020, with the possibility of daily flights in the future.

In South-east Asia, Vietjet will commence twice-weekly direct flights between Ho Chi Minh City and Palau on September 20. While the target is naturally the Vietnamese outbound market, Tmetuchl hopes that Chinese travellers will also use that route.

Both tourism authorities also see the need to diversify their offerings beyond dive tourism, which is just but one sector in the destinations.
“The divers will find their way here anyway. We want to diversify our markets to families and honeymooners – and we’re missing out on this market due to the lack of direct connections,” Tmetuchl said.

He added that PVA is also working to develop other attractions such as community-based tours and cultural experiences, in order to “balance out” the destination’s diving offerings.

For The Marianas, new marketing initiatives include promoting sports tourism such as marathons and water sports, according to Iakopo. “We are also exploring ecotourism, as people are increasingly concerned about sustainable tourism,” she said.

Other initiatives include developing a regional marketing scheme with other Micronesia islands to exhibit together at Asian tradeshows.

“For instance, we exhibited together with Guam and The Marianas at Asia Dive Expo in Singapore. It was a success, and we replicated it at the Taiwan International Tourism Expo. We’re currently in talks for another Micronesia booth at the upcoming International Travel Fair (also in Taiwan) this November,” Tmetuchl revealed.

A more defined marketing message needs to be relayed to showcase the diversity across the destinations though, Tmetuchl stated. “We are all very unique destinations. Each set of islands is different. We have different cultures, languages and food!”