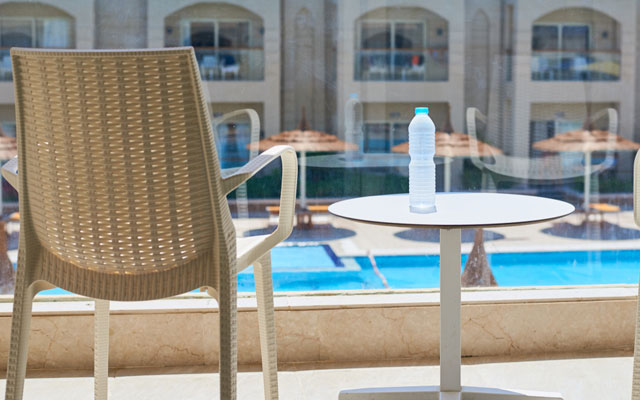 Led by long-term sustainability professionals, both organisations originally set out with wider objectives in mind but narrowed down their focus to specific problem areas, and now wants to offer their services to hotels looking to tackle two of this decade’s increasingly important topics.

Roughly one third of the food produced in the world, which is equivalent to 1.3 billion tonnes, for human consumption is wasted and around 300 million tonnes of plastic is produced every year, half of which is for single-use.

Aware that solving one problem should not cause another, both organisations champion a reduction in overall waste and their respective recommendations to businesses ensure that the wider picture is considered before any operational changes are made.

Habit is the biggest challenge for both organisations, compounded by today’s hectic on-the-go lifestyles. Hotels where guests would normally sit down for breakfast now offer to-go cafes, fuelled by single-use packaging that caters for city breakers and business clients who are rushing out to the office.

Over the past six years, LBEC has consistently measured that up to 50 per cent of all food purchased in volume never makes it to the buffet or the restaurant table. “Pre-consumer food waste is composed of roughly 40 per cent of non-edible items, and the remainder is related to inefficient storage systems, unskilled trimming, overstocking or over production. Kitchen waste is generally given less attention when discussing food waste, while buffet waste is commonly mistaken as the biggest source of food waste”, said Benjamin Lephilibert, managing director of LightBlue.

Similarly, TWP sees that an average of 15 per cent of single-use plastic is often purchased purely out of habit, with no regard for whether the product adds any value to the guest experience. Where hotels are invested in positive change, up to 68 per cent of single-use plastic waste can be reduced by following effective recommendations and implementing innovative communications that encourage guests to be part of the solution.

Needless to say, both approaches can create significant cost savings. When environmental concerns are not the main motivator, the bottom line usually triggers action.

Both businesses operate globally and can offer on-site and off-site support to hotels and other hospitality businesses interested in being part of the solution. The ideal next step would be to engage a number of hotels in Asia and Europe who are happy to lead by example and introduce a multi-tasking approach to both waste streams, potentially generating huge savings in terms of waste reduction and costs, both companies said in a joint statement.

Interested parties are encouraged to contact LightBlue Environmental Consulting at contact@lightblueconsulting.com or Travel Without Plastic at info@travelwithoutplastic.com.