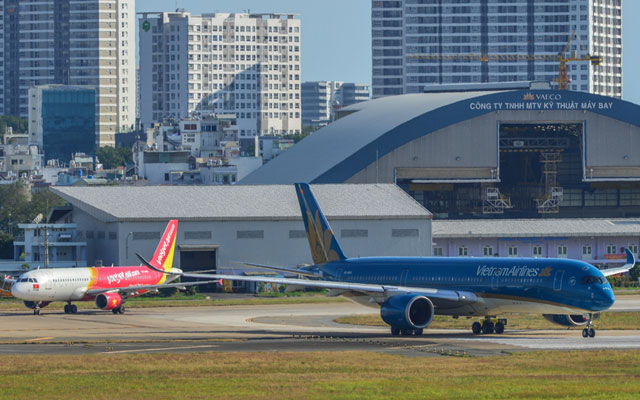 Vietnam’s Vietravel Airlines will begin operations next year, making it the sixth domestic airline to launch in one of the world’s fastest-growing aviation markets, according to a Reuters report.

Vietravel Airlines, owned by Vietnam’s tour operator Vietravel, will start with three to four leased planes and expects to place an order for Airbus SE or Boeing Co narrow-body jets at the Singapore Airshow in February, which will be scheduled for delivery within five years, chief executive Vu Duc Bien told Reuters in an interview.

Last month, Vietnam’s largest firm Vingroup JSC applied for a license to launch an airline next year, after property and leisure firm FLC Group’s Bamboo Airways launched its inaugural flight in January to become the fifth Vietnamese airline in an already-crowded market.

Vietravel Airlines is said to be finalising procedures to obtain the licenses and certificates required to launch its maiden charter flight slated for next November, according to the Reuters report.

Bien also told Reuters that Vietravel Airlines will buy either Airbus’s A321neo or Boeing’s 737 aircraft. The carrier plans to operate three to four aircraft in the first year, which will be expanded to a fleet of six in the second year, eight to 10 within five years, and subsequently, 20 to 30.

The majority of the carrier’s proposed new services will be international flights, the airline chief added, with target markets including Japan, South Korea, South-east Asia, Australia and China.

Vietravel Airlines has raised VND700 billion (US$30 million) via a bond sale, and plans to sell up to 34 per cent stake in the company to domestic investors within a year of operations for future expansion plans, the report further quoted Bien as saying. Bien also shared that several local banks have expressed interest in funding the company’s aircraft purchases.