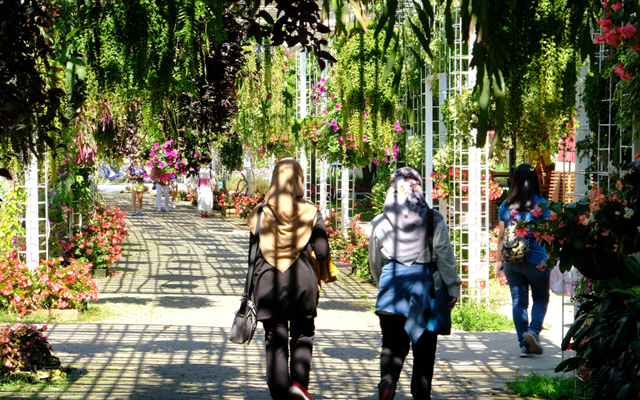 Thailand tourism players are priming Chiang Mai to become a halal-friendly destination by investing in improved services and halal tourism infrastructure to cater to the rapidly-growing segment of Muslim travellers.

At the International MICE Conference and Forum 2019 in Chiang Mai, Korakod Kanongnuch, president of Thailand Halal Tourism Association (THAT), said: “Muslim travellers represent a big piece of cake, and everyone wants a share.

“Chiang Mai has the potential to be a key Thai destination for Muslim visitors,” he added.

Senior lecturer Ismah Osman of Malaysia’s Universiti Teknologi Mara said the city is on the right track to welcoming the fast-growing number of Muslim travellers, with more hotels and services catering to market demand.

Dullah Jehdeng, owner and managing director of Nanyeeya Entertainment Travel, said Chiang Mai is emerging as one of the top destinations for Muslim travellers from South-east Asia, especially Malaysia, due to the rising availability of services.

“Chiang Mai already has a strong Muslim culture and we have many places that serve diverse Muslim food, and many halal and Muslim-friendly hotels,” he said.

The city is home to 12 Muslim-owned hotels and THAT is working with tourism-related organisations to educate them on how to meet the needs of Muslim customers. Daily flights connecting Chiang Mai to Kuala Lumpur have also boosted inbound numbers from Malaysia.

Chiang Mai is also home to a strong Chinese Muslim community, several Muslim communities and historic mosques. There is a surplus of halal food, influenced by the Chinese, Burmese and Thai Muslim residents in the area, said Jehdeng.

A halal chef competition, which took place in Chiang Mai on August 1, helped to further raise the Thai city’s profile. Destinations are also being developed to serve Muslim visitors. One such example is Ping Luang village, which is home to a Chinese Muslim community. The community-based tourism project will be ready to welcome guests next year.

Halal tourism, catering to Muslim travellers, is the fastest-growing segment of the global tourism market.

South-east Asia will welcome over 18 million Muslim visitor arrivals by 2020, accounting for 15 per cent of total visitor arrivals in the region, according to the Mastercard-CrescentRating Global Muslim Travel Index 2018.