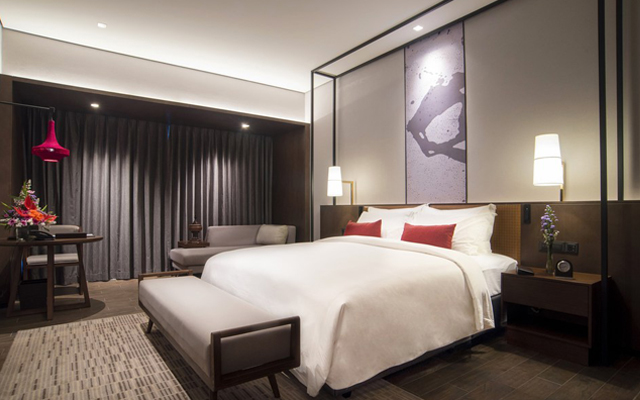 Wyndham Hotels & Resorts is ramping up its expansion focus in Asia-Pacific as it lines up a string of key openings, brand launches and new market entries across the region.

The hotel franchising company, which has about 9,200 hotels globally, boasts more than 173,000 rooms in Asia-Pacific, where it has 86 openings scheduled this year.

All of the brands in the company’s portfolio, from Ramada and Days Inn to Super 8, now includes the suffix ‘by Wyndham’ – a significant step forward in Wyndham Hotels’ global branding strategy.

In Greater China, Wyndham Hotels is the largest international franchisor, with more than 1,500 properties and 149,000 rooms in its franchised system. Based on current trends, Wyndham expects to open about 500 hotels in China over the next three years.

Leo Liu, president of Wyndham Hotels & Resorts, Greater China, said: “We have sustained our strong growth momentum and delivered robust hotel opening and net rooms growth figures in China. Working closely with owners and developers in the region, we are striving to further expand our presence across Greater China, especially in Hong Kong and in the northern and south-western parts of China, where there is rapid growth and strong potential for further expansion of our footprint.”

In Greater China, the hospitality giant in January opened the 432-room Ramada by Wyndham Hong Kong Harbour View, followed in May by the opening of the Ramada by Wyndham Hong Kong Grand View, with 317 rooms and a signature rooftop swimming pool. Also, after reacquiring exclusive direct franchising rights for the Days Inn brand in China in 2018, Wyndham has opened seven new Days Inn by Wyndham properties this year, from Chongqing and Guangzhou to Changsha.

Wyndham is also growing rapidly in the South-east Asia and Pacific Rim (SEAPR) region, which expanded by 22 per cent year-over-year through the second quarter, and includes more than 24,000 rooms.

“This is a hugely exciting region, where dynamic economies, rising affluence and strong intra-regional travel is creating exceptional conditions for growth. These trends give Wyndham plenty of scope for expansion, both in established and emerging markets,” said Joon Aun Ooi, president and managing director of Wyndham Hotels & Resorts, SEAPR.

In January, Wyndham introduced the Days Inn brand to New Zealand with the opening of Days Hotel & Suites by Wyndham Hamilton. The addition bolsters Wyndham’s presence in New Zealand and in Hamilton, the region’s fourth-most-populous city and a key growth market.