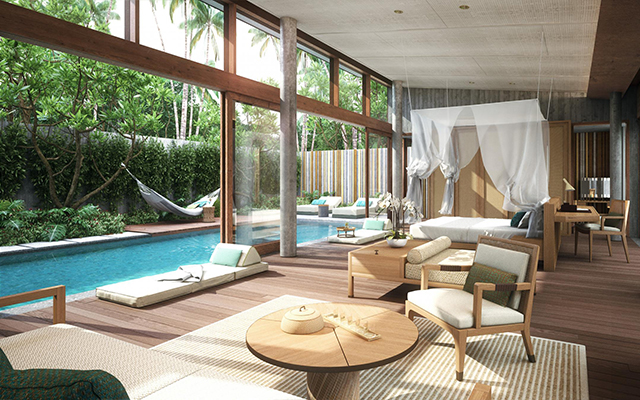 Hyatt Hotels has announced the opening of 21 new luxury hotels and resorts – across its Park Hyatt, Grand Hyatt, Andaz and Alila brands – by the end of 2020, boosting the company’s luxury portfolio in the region by more than 25 per cent.

This expansion comprises seven Park Hyatt branded properties, all of which are expected to open in under two years, which is an average of one Park Hyatt property per year.

The Grand Hyatt and Andaz brands will have six hotels each. Andaz will double its footprint in Asia-Pacific with new openings in major cities such as Seoul, Dubai and Shenzhen, alongside resort destinations such as Bali, as well as Sanya and Xiamen in China. As for the Grand Hyatt brand, new openings will be in emerging cities in China, India, South Korea, Saudi Arabia and Kuwait.

The Alila brand will add two resorts in Malaysia and Oman next year, having acquired Two Roads Hospitality in October 2018.

In Hong Kong, Hyatt has entered into an agreement with an affiliate of Sun Hung Kai Properties to rebrand the 665-room Hotel Vic on the Harbour to Hyatt Centric Victoria Harbour Hong Kong by the 3Q2019.

After the rebrand, the property will be the first Hyatt Centric hotel in the Greater China region, joining the brand’s inaugural property in Asia, Hyatt Centric Ginza Tokyo which opened in 2018.

The waterfront property’s social areas and F&B concepts have been designed by Hong Kong-based architect and interior designer, Andre Fu, while the 665 rooms – spread across two towers – will feature designs from Hirsch Bedner Associates. Other facilities include an all-day dining concept, speciality restaurant and bar bakery, gym, and an outdoor swimming pool on the top floor.

Hyatt Centric Victoria Harbour Hong Kong will also be connected to the Harbour North shopping complex, and is part of an integrated development comprising retail shops, serviced apartments, luxury apartments and a waterfront promenade. The entire development is scheduled for completion in 4Q2019.