The latest hotel openings and rebranding announcements made this week. 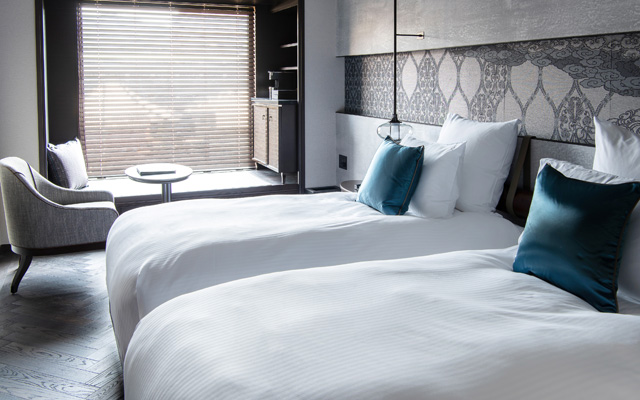 MGallery Kyoto Yura Hotel, Japan
The 144-room luxury hotel has made its debut in the country’s historic capital of Kyoto. Local fabric nishijin-ori can be found in each of its guestrooms celebrating a weaving heritage dating back over 1,200 years, while the seating area is furnished with traditional tatami mats. F&B options include the 54th Station Grill, named after the route connecting Tokyo and Kyoto; and the Samurai-inspired 1867 Bar. Located within walking distance of the hotel are the famed geisha district of Gion, Yasaka Shinto Shrine, Kamo River and the downtown district of Kawaramachi. Pullman Nadi Bay Resort & Spa, Fiji
The Pullman brand has made its debut in Fiji with this latest opening. Located on Wailoaloa Beach, the resort offers 236 rooms and suites, all of which come with balconies or patios, and stocked with Pure Fiji toiletries. There are four restaurants (one of which, Kah, is an adults-only bar and dining venue); three bars; Veikau spa; gym; two tennis courts; and four swimming pools (one of which is also adults-only). Families may also avail the water sports and activities centre; as well as a dedicated Kids Club or a Teens Retreat.

Function venues on the hotel grounds include two meeting rooms, and the Soqoni Ballroom which can cater for up to 500 people theatre-style. In addition, the resort’s private beachfront area, as well as its restaurant and bars also allow for private, catered functions. The new rooms in the Opera Wing on floors 8 to 12 start at approximately 38m2, with soundproof windows, a 49-inch Samsung flatscreen TV, walk-in vanities and marble-clad bathrooms. Recreational facilities include six F&B options, Kara Spa & Fitness, a pool and a 24-hour gym.

The centrepiece of Caravelle Saigon’s event floor upgrade is the 4.7m-high, 300m2 Caravelle Ballroom. The ballroom can cater up to a maximum of 400, can also be divided into two separate event spaces, and also has a 180m2 pre-function area. The 10 function spaces on the second and third floor have also received a makeover.