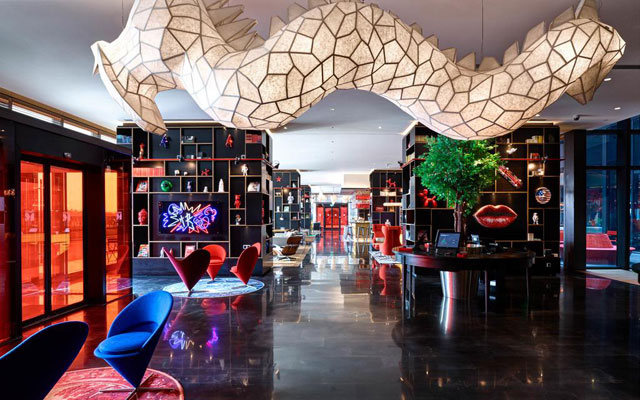 Rosewood Bangkok, Thailand
Thailand’s second Rosewood has risen on Bangkok’s Ploenchit Road as a 30-storey standalone building, featuring 159 rooms including 34 suites and studios, as well as three signature “houses” which also boast their own private pools and terraces.

Recreational facilities include Sense, A Rosewood Spa with five treatment rooms, an indoor-outdoor saltwater lap pool, and a fitness studio. Event planners may avail The Pavilion, a 320m2 residential-style venue with show kitchen that can seat up to 200 pax, or the 100m2 Ploenchit Boardroom on the 28th floor. Village Hotel at Sentosa, Singapore
Village Hotel at Sentosa has officially opened its doors in Sentosa with 606 rooms, some of which are connected and can act as family rooms. The Pool Deck is the piece de resistance of the property, offering several pools such as the Children’s Play Pool, Lazy River Pool, Adventure Pool and the Pamukkale Pool. There are numerous activities and entertainment options for both kids and adults, such as pool games, movie nights and cycling trails around Sentosa. Other facilities include the Native Kitchen restaurant, as well as a half-hourly shuttle service that connects guests with Vivocity. citizenM Shanghai Hongqiao, China
CitizenM’s second Asian outpost is located in Shanghai’s Hongqiao, a seven-storey hotel with 303 rooms. Check-in reportedly only takes a minute via kiosks. What sets the brand apart are its striking “living rooms” or lobbies, which feature specially-curated art pieces from both international and local artists. Amenities on-site include a retail shop; canteenM, the first-floor eatery with a 24/7 noodle bar; and wildy-coloured eight societyM meeting spaces.

Best Western Hotel Metro Clark, Philippines
The brand’s latest opening in the country is situated in downtown Angeles City, part of Saver’s Mall. The hotel offers 85 keys, 77 of which are deluxe rooms while the remaining are suites. Guests can cool off in the outdoor infinity pool which overlooks the city, or work out in the fitness centre. There’s also an all-day restaurant within the hotel. For corporate events, Best Western Hotel Metro Clark offers a conference room that can hold up to 30 guests, as well as the 405m2 Simon & Stanley Hall that can accommodate 360 guests reception-style.