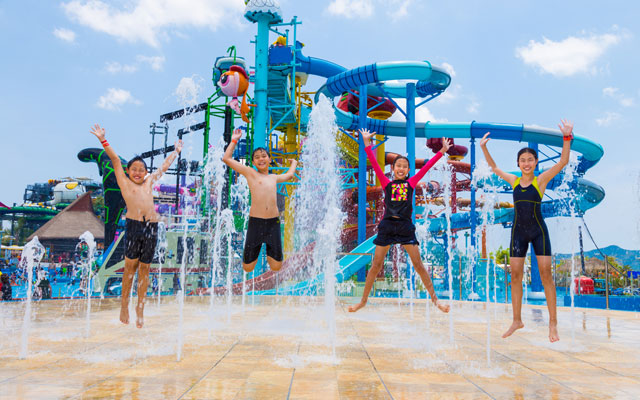 Pattaya was given the spotlight as the host destination for Thailand Travel Mart Plus (TTM+) this year, with organiser Tourism Authority of Thailand (TAT) placing an emphasis on romance and luxury under the theme “Million Shades of Romance” at its annual tradeshow.

Located on the east coast of the Gulf of Thailand, Pattaya is expected to benefit from the Thai government’s “multimillion infrastructure investment” currently underway as part of the Eastern Economic Corridor development plan, Tanes added.

Key projects include the high-speed railway connecting Suvarnabhumi, Don Mueang and U-Tapao airports and the upgrade of the Sattahip commercial port, all of which will help to position the city as a high-end travel destination, according to Tanes.

It is also this new image of Pattaya that sellers were eager to present to the international travel business community at TTM+.

“It’s no longer fair to associate Pattaya as a sex tourism destination. The ‘nasty’ destination image is no longer apt,” said Pathira Nakngam Riley, director of sales & marketing at InterContinental Pattaya Resort, pointing to Cartoon Network Amazone and Flight of the Gibbon as examples of family-oriented attractions that have opened in Pattaya in recent years.

In addition to TTM+, other prominent international events like the Wonderfruit festival, LPGA golf tournament and International Fireworks Festival are also helping “to change travellers’ perceptions of Pattaya”, shared Jan Jeerapat, managing director of J Corp, which manages a trio of hotels in Pattaya.

However, responses were mixed among international buyers that TTG Asia spoke to at TTM+, with opinions split as to whether they would market and sell the destination to their clients.

Philippe Roussel, tour operator at Asia Voyages France, opined that the greater array of hotels, restaurants and activities has made Pattaya a “better” destination choice that can be paired with other parts of eastern Thailand for touring.

Likewise, Asia DMC’s managing director Thailand Andre van der Marck said that Pattaya is “for sure” not for families, a key market segment for his company. Furthermore, with the investment pumped into eastern Thailand, he foresees a huge influx of the Chinese market into Pattaya.

But InterContinental Pattaya’s Pathira urges the trade to give the city a chance. She said: “We cannot change the history of Pattaya but we can certainly change travellers’ impression.”