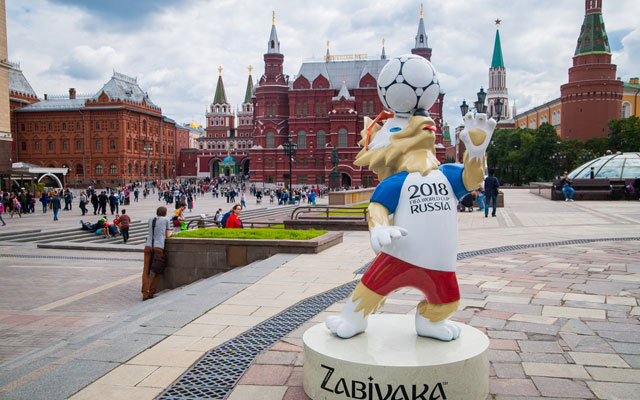 The 2018 FIFA World Cup, which kicked off in Moscow last Thursday, may have brought a tourism boon to Russia, but this major sporting event is also having a ripple effect on longhaul summer bookings into Thailand half a world away.

Several sellers in Thailand that TTG Asia spoke to at Thailand Travel Mart Plus – which took place in Pattaya last week – have observed a “slight drop” in bookings for June and July this year, corresponding to the period when Russia hosts the largest football event from June 14 to July 15.

“The Russians are not travelling during the World Cup period because they’re staying home to watch the game – this is what we understand based on feedback from Russian operators,” said Solos Faktongphol, sales executive at Holiday Inn Resort Phuket Mai Khao Beach, for which Russia is a significant feeder market.

“We see slower bookings from the Russian market for the May-June period, but a pick up from July onwards,” he added.

Similar observations were also made of the European market by Tobias Fischer, director of business development, Go Vacation Thailand.

“We can feel less bookings. The Europeans prefer to stay back during the nice summer months to watch the World Cup with friends,” he said.

But trade players in Thailand are not worried, as the fall in demand is expected to be temporary, something that “happens every four years”, Fischer pointed out.

The booking dip, likewise, does not surprise Amr Alsoudani, area director of sales – leisure, South-east Asia at Minor Hotels, which has “introduced tacticals” ahead of the World Cup in anticipation of the downtrend, based on its experience gleaned four years prior.

And Thailand won’t stay a loser for long during the World Cup period. “We predict some last-minute bookings (to Thailand) when their teams get kicked out,” said Alsoudani.