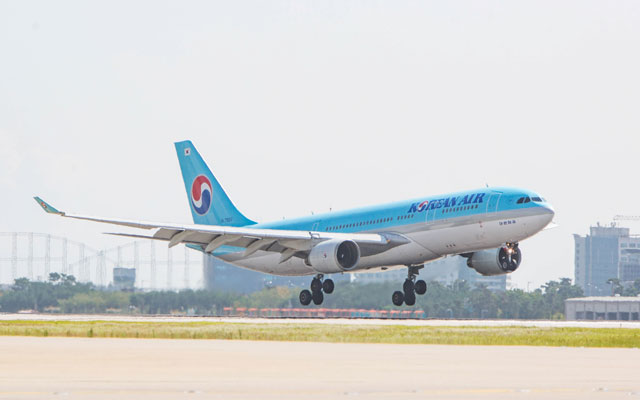 Korean Air launches flights to Croatian capital
From September 1, Korean Air will commence thrice-weekly services between Seoul and Zagreb, Croatia on Tuesdays, Thursdays and Saturdays, operating the service on an A330-200 with 218 seats.

This is the first regular service that connects Asia and Croatia.

Flights will operate all year-round to Tokyo with a Boeing 787 Dreamliner, daily during summer peak travel and three times a week during the winter.

In addition, the airline now flies year-round to Melbourne from Vancouver.

The Melbourne-Vancouver service will be operated with a Boeing 787 Dreamliner. The airline has plans to introduce a fourth frequency at the end of the year.

Vietjet goes to Japan
Vietjet will launch a direct route from Hanoi to Osaka on November 8, 2018, marking the LCC’s first service to the Japan.

The Hanoi-Osaka route will operate on a daily basis with a flight of around four hours per leg. Flights will depart Hanoi at 01.45 and arrive in Osaka at 07.50. The return leg will take off from Osaka at 09.20, and arrive back in Hanoi at 13.10.

Emirates to up Osaka capacity with A380 service
Emirates will introduce Airbus A380 services to Osaka beginning October 28, replacing the 777-300ER aircraft currently operating on this route.

The Airbus A380 aircraft serving Emirates’ Dubai-Osaka route will offer a total of 489 seats in a three-class configuration, with 399 seats in Economy Class, 76 fully flat-bed seats in Business Class and 14 First Class Private Suites. The deployment of the double-decker aircraft represents a capacity increase of 38 per cent.