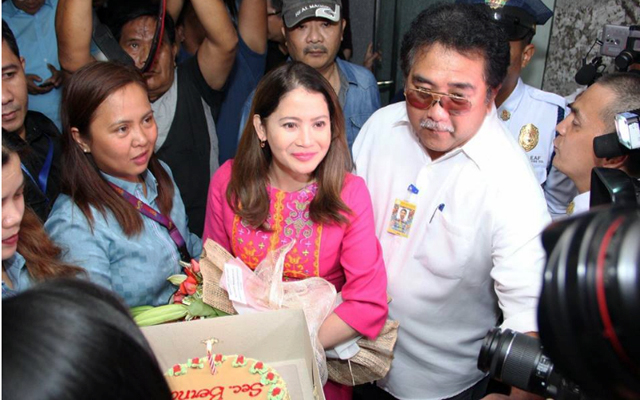 A mood of renewed hope and confidence filled Department of Tourism (DOT) offices in Makati City as some 500 employees welcomed newly-appointed tourism secretary Bernadette Romulo-Puyat on her first day at the helm.

Puyat was handpicked by Duterte immediately after Teo’s resignation over the controversy over a 60 million peso (US$1.2 million) DOT ad placement on a TV show produced and hosted by Teo’s brothers Ben and Erwin Tulfo.

The new DOT chief vowed to stop graft and corrupt practices by reviewing all the agency’s transactions with the help of her lawyers, reiterating that is the marching order she received from the president.

With regard to the review, Puyat requested the courtesy resignation of the relevant parties before she tackles suspect DOT programmes and projects with them.