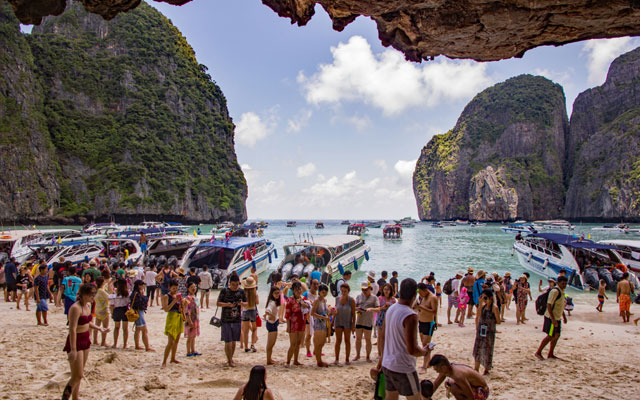 This has been done in a bid to give the crowded island a rest, as the bay’s fragile marine ecological system has been severely damaged by mass tourism. Currently, it welcomes more than 4,000 tourists per day, which is above its carrying capacity.

Further measures will be taken to ensure the ecosystem improves. For instance, the department will ban all boats parking in front of the beach as that is the main cause of damage to the island’s coral reef. A new boat parking site at Losama Bay, which is located close to Maya Bay, will be constructed and tourists can follow a trail to Maya Bay.

A plan to rehabilitate the coral reef is also under way, as well as the implementation of a charge for tourists who visit the island.

The department will also be working with four universities to study tourist capacity at the marine park. Discussions also include possible closure of other islands – Koh Tapoo and Kao Ping Kan in Phang Nga National Park, Koh Rok in Mu Koh Lanta National Park in Krabi province, including parts of Similan National Park in Phang Nga province – to recover their marine ecological systems.