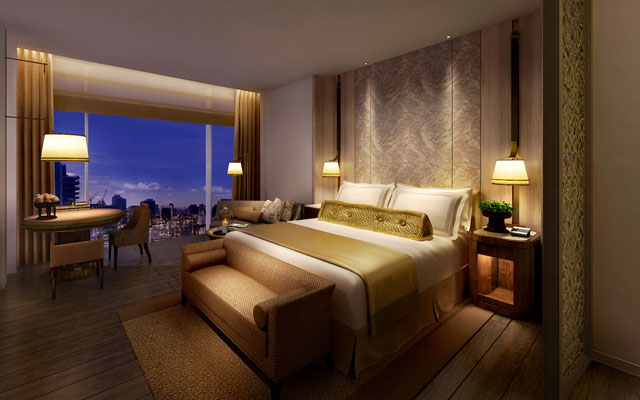 US hotel giant Hilton sees robust growth in South-east Asia’s hospitality market as it seeks to scale up its presence in the region, buoyed by booming global tourism demand, and high visitor and business inflows into this part of the world.

Optimism is running especially high for Thailand, according to Paul Hutton, vice president operations, South-east Asia, as the country is now enjoying a stable resurgence following a period of tumult several years prior.

“Thailand bounces back quickly – it’s a very resilient market. We are quite bullish about Thailand and have set high targets for the country this year,” shared Hutton during a media luncheon in Bangkok on Monday. “Thai tourism is showing healthy growth with 35 million tourists in 2017 – that’s almost one (tourist) for every two Thais.”

When Waldorf Astoria Bangkok – a first for the brand in South-east Asia – debuts within the next four months, the ultra-luxury outpost will underscore a “big statement” for the Thai capital, Hutton stated. Other luxury hospitality brands in the city will no doubt pose “healthy competition” for Waldorf Astoria, admitted Hutton, but he posited that a major tourism and business destination like Bangkok still has room for an ultra-luxury brand.

Hilton earlier this week also announced the signing of two management agreements with Majestic Grande for DoubleTree by Hilton Bangkok Ploenchit (251 rooms; opening 4Q2018) and with Stone Bitters for Hilton Garden Inn Phuket Bang Tao (177 rooms; opening 2020) – the latter marks the entry of the Hilton Garden Inn brand into the Thailand market too.

These two new properties, together with the upcoming Waldorf Astoria Bangkok, will soon raise the company’s Thailand current footprint of eight hotels to 12 operating or under development.

Beyond Bangkok and Phuket, destinations like Krabi, Pattaya, Hua Hin, Chiang Mai and Chiang Rai are also on the company’s development radar, said Peter Webster, Hilton’s regional general manager for Singapore, Thailand and the Philippines. “Emerging cities can be more exciting as the rewards are greater. We just need the right location and partner,” he remarked.

Elsewhere in the region, Indonesia, Malaysia and Vietnam are bright growth spots in South-east Asia, while Hilton’s first hotel in Timor Leste is opening in 10 months.

It’s also a growth story for Sri Lanka, which is now deemed “a happy hunting ground for Hilton”, said Hutton. The company has signed six deals in the country, including Kandy, Yala, Negombo and Weerawila.

The US hotel giant now operates 220 hotels across 21 countries in Asia-Pacific, spanning seven brands, and has 415 hotels in the regional pipeline.