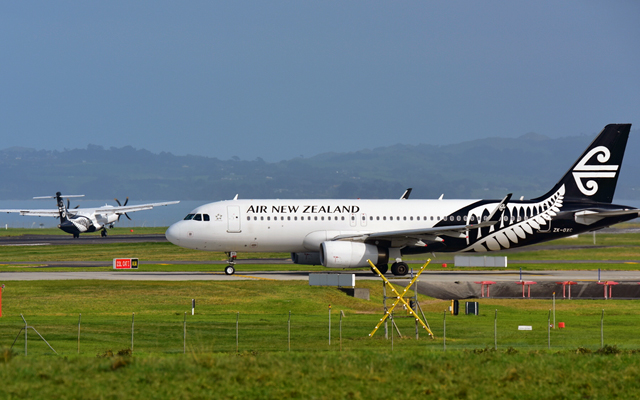 Air New Zealand takes off to Taipei
Air New Zealand will start five-times weekly flights between Auckland and Taipei from November 1, 2018, with NZ77 departing Auckland at 10.35 and arriving in Taipei at 16.50. NZ78 will depart Taipei at 18.30 and arrive in Auckland at 10.20 the following day. With a flight time of just over 11 hours, the non-stop service will be operated by Boeing 787-9 Dreamliner aircraft.

AirAsia links up Hua Hin and Kuala Lumpur
AirAsia will soon begin four-times weekly flights from Kuala Lumpur to the Thai coastal town of Hua Hin from May 18, 2018, marking the Malaysia-based LCC’s seventh destination in Thailand. AK830 will depart Kuala Lumpur every Monday, Wednesday, Friday and Sunday at 10.00, arriving in Hua Hin at 11.00. The return leg, AK831, will depart Hua Hin at 11.30 to land in Kuala Lumpur at 14.35.

Cathay Pacific to launch seasonal service to Cape Town
Cathay Pacific will launch a seasonal non-stop service to Cape Town later this year, its second destination in South Africa after Johannesburg. The thrice-weekly service, operating from November 13, 2018 to February 18, 2019, will be operated by Airbus A350-900 aircraft. The outbound flight, CX795, will depart Hong Kong at 23.45 every Tuesday, Thursday and Sunday and arrive in Cape Town at 08.05 the following morning. On the return, CX794 will take off from Cape Town at 11.05 every Monday, Wednesday and Friday, landing in Hong Kong at 06.55 one day later.

Cebu Pacific Air starts Melbourne-Manila flights in August
Cebu Pacific Air will begin flying out of Melbourne to Manila from August 14, 2018, operating the non-stop service thrice weekly on a 436-seat Airbus A300-330 aircraft. From Manila, 5J049 will take off at 06.05 before arriving in Melbourne at 15.50, while the return 5J050 will depart Melbourne at 17.05 to land in Manila at 23.15.

Nanchang, Pekanbaru added to Scoot’s network
Scoot will begin thrice-weekly flights from Singapore to Nanchang, the capital of Jiangxi Province in south-eastern China, on July 2, 2018. Meanwhile, Scoot will also be taking over sister airline SilkAir’s services to Pekanbaru in Indonesia in 2Q2018. Both services will be operated by A320 aircraft.