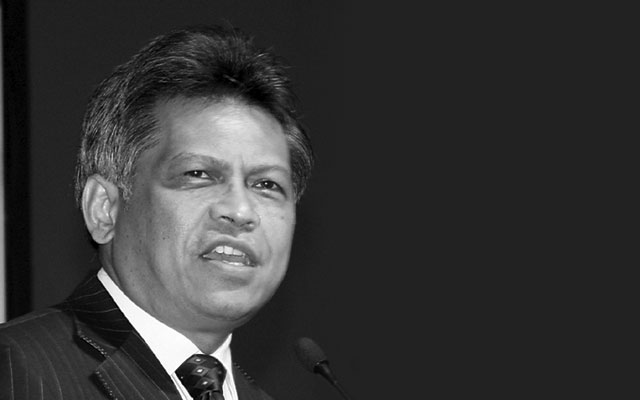 Former secretary-general of ASEAN and former Thai foreign minister Surin Pitsuwan died of an acute heart attack on November 30. He was 68.

Surin reportedly collapsed while preparing to speak at the Thailand Halal Assembly 2017 at BITEC in Bangkok. He was rushed to Ramkhamhaeng Hospital, and pronounced dead at 15.07.

Surin was secretary-general of ASEAN from 2008 to 2012. A statement issued by Thailand’s Ministry of Foreign Affairs said he “contributed greatly to the advancement and interest of ASEAN, as well as the promotion of ASEAN on the international stage. His outstanding personality, knowledge and wisdom were truly recognised by global leaders”.

As a champion of ASEAN tourism, Surin had always exhorted the region’s tourism public and private sectors to be mindful of sustainable development. In one of his last speeches directly related to tourism, in June last year when he delivered a keynote at the Thailand Travel Mart Plus 2016, he called on the ASEAN tourism industry to pay equal attention to the socio-cultural pillar of ASEAN integration, not “over-focus” on its economic impact.

The “tapestry of contrasts” of ASEAN’s 10-member countries made it such an attractive destination and, because of this diversity, the regional travel and tourism industry should pay equal attention to the socio-cultural and political-security blueprints of ASEAN, “not just economic, economic, economic all the time”, Surin said.

While intra-ASEAN commerce was only about 27-28 per cent of the total trade volume, intra-ASEAN travel constituted about 47-48 per cent of the total and it was “within striking distance” that intra-ASEAN could hit the 50 per cent mark this year, the 50th anniversary of ASEAN, he said. Thanks to low-cost airlines, transportation was no longer an issue in ASEAN connectivity. The challenge now, said Surin, was managing growth – how to improve services and enhance sustainability.

“If we are not careful, we will have problems of congestion and environmental impact, which will also impact the cultural resources that we value. It’s the software not the hardware. It’s the management, not the transportation systems anymore.

“Tourism is supposed to be one activity that creates opportunity for everyone. Let us make the ASEAN destination attractive, sustainable, accessible and playing the role of equalising that income.

“Tourism is a goose laying golden eggs. We can’t starve it, nor can we over-feed, nor ignore it, nor take too much advantage of it.”

At the same time, he called on the tourism industry to put pressure on the immigration and safety authorities to expedite a single visa to allow people to move more seamlessly through the region, but also for the industry to not just focus on doing business but be involved in the broader goals of creating a better world for future generations.

While tourists had the luxury of being on the move for leisure and pleasure, he urged the audience to think of the humanitarian suffering of the millions of people who were on the move to escape suffering and violence.