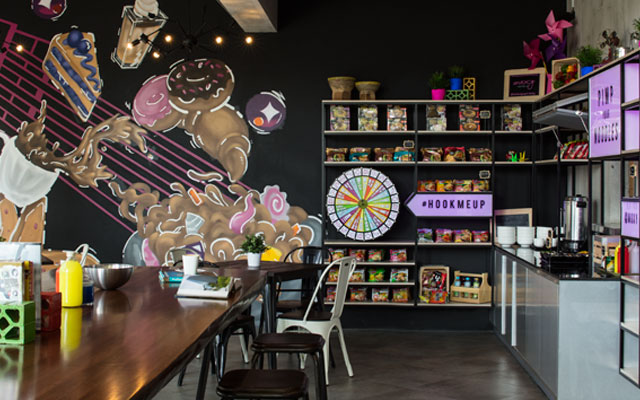 Moxy Bandung
Marriott International has opened Moxy Bandung in Indonesia, the first Moxy in Asia-Pacific. Located in the Dago district, the boutique hotel comprises 109 rooms which feature an open-storage concept, and are furnished with 43-inch LCD flatscreen televisions, complimentary Wi-Fi and numerous USB ports. Guests check in at the bar, and facilities include a Lobby Bar that is open 24/7, four meeting rooms for up to 200 guests, a Sky Bar on the rooftop, and communal Living Room space. The Ritz-Carlton, Koh Samui
The oceanfront property features 175 suites and pool villas spread over 23ha of land that used to be a former coconut plantation. The resort’s piece de resistance is the 3,800m2 Spa Village Koh Samui with eight treatment suites, three massage pavilions, a yoga pavilion, health bar and a lap pool with cabanas. Other facilities include seven dining spaces, beachside pool, watersports centre and two tennis courts. The property also boasts a Swim Reef within the resort. Home to over 50 species of fish, it offers snorkelling and fish-feeding experiences. Guests can also partake in a Muay Thai gym experience, or enrol in a southern Thai cooking class. InterContinental Singapore Robertson Quay
The residential-inspired property at The Quayside offers 225 studios and suites, including a Penthouse with views of the Singapore River and the city skyline. Aside from the lap pool and 24-hour fitness studio, other facilities include five meeting and event spaces. Meanwhile, F&B options include the Quayside Lounge, New York institution Wolfgang’s Steakhouse, a bar and dining concept from the team behind Izy Sushi, and flagship restaurant Publico, a multi-concept dining destination comprising a variety of Italian experiences. Shangri-La Hotel, Colombo
Located at One Galle Face along the Galle Face Green promenade, Shangri-La Hotel, Colombo offers Indian Ocean views from most of its 500 guestrooms and suites and 41 serviced apartments. Aside from the six restaurants and bars, recreational facilities include CHI, The Spa with seven treatment rooms, a 24-hour fitness centre, and a swimming pool and pool bar. For events and meetings, the hotel has over 3,500m2 of event spaces across two ballrooms, several function rooms and a private outdoor lawn. The property is open for reservations for stays from November 17. SureStay Plus Hotel by Best Western Sukhumvit 2
SureStay Hotel Group debuts in Asia in the City of Angels. The new-build property has 85 rooms across two configurations, and facilities such as a rooftop swimming pool, pool bar, fitness centre and business corner. The SureStay Hotel Group was first launched with three brand tiers in September 2016, and the group expects to have a global portfolio of 100 hotels either operating or under development by end 2017.