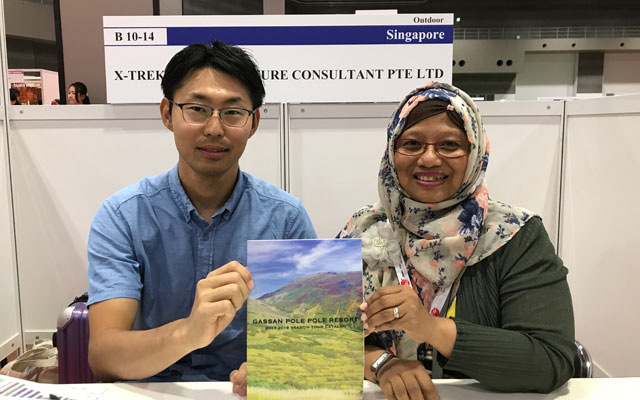 As Japan looks set to break the record of 24 million arrivals received last year, suppliers and travel agents are working hand-in-hand to grow the sizeable segment of Muslim travellers by catering to their dietary requirements and other needs.

Tamrerk Nasomyont, spokesperson for The Originator of Teppanyaki Steak Misono, is one such supplier. Nasomyont commented that there has been a noticeable increase in Muslim customers to the chain’s stores, so much so that the brand went to obtain the Halal certificate from the Islamic Center of Japan. Currently, the Halal menu is available only at the chain’s main branch in Kobe.

Similarly for Noboru Okuyama, owner of Gassan Pole Pole farm (a mountain lodge in Yamagata), Muslim groups have been on the rise since he started welcoming them three years ago. He works closely with Khamisah Bte Salamat, X-Trekkers Adventure Consultant’s product planner and Japan specialist. Together they’ve made his lodge a Muslim-friendly place.

Okuyama said: “In the first year, there were five groups of around 10 pax. It’s been three years, and this year I have welcomed 20 groups of about 100 pax.”

Okuyama has changed the plates and cooking utensils at his lodge, as well as ensures all the meat he obtains is Halal. Recently, he also helped to convert a rest stop into a prayer room.

Khamisah is optimistic that business will continue to grow as the Muslim segment is a niche one. Aside from leading groups – she has brought four groups of 15 pax to Japan so far this year – other Muslim agents also buy their Japan itinerary from her.

While Khamisah only joined X-Trekkers in February 2017, she has been in the travel trade for 29 years, and has specialised in Japan for over 20.

When asked how many groups she’s targeting to bring to Japan in the next few years, she confidently said: “At least 100 by 2020.”

Meanwhile, for Kazunari Kurosawa, Miyako International Tourist Company’s director of international sales, Malaysians make up 70 per cent of customers, while the remaining 30 per cent is split evenly between Indonesia, Singapore and the Middle East.

The 40-year-old company is one of the few travel agents in Japan offering inbound Halal tourism, and claims that it was the first to offer Halal tours in the country.

Kurosawa elaborated: “We started Muslim tours five years ago. In the first year we had about 10 groups, but this year we have about 50 groups. We work with travel agents from Malaysia, Indonesia and Singapore, for FITs and small tour groups of five to six people.”

When asked where most of the Muslim customers head to, Kurosawa shared: “Everyone wants to go to Tokyo, then to Osaka by train, and around Osaka such as Kyoto and Nara – all these places are Halal-friendly. Outside of the Golden Route, Hokkaido is also popular.”