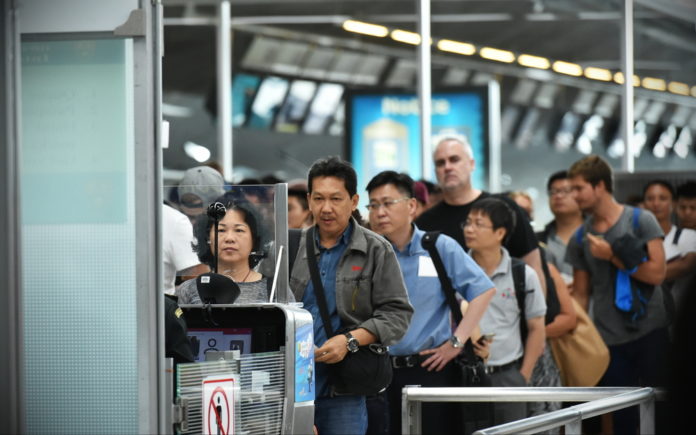 Travel operators in Thailand are positive that the visa fee waiver being implemented by the government will be a boon for arrivals, but is unlikely to make up for the loss in Chinese visitors due to the cracking down of zero-dollar tours.

It became a hot button topic yesterday when Thai authorities waived the 1,000 baht (US$28) visa application fee and decreased visa-on-arrival charges from 2,000 baht to 1,000 baht, applicable to travellers from 19 select nations between December and February 2017.

Hopes are for the measure to boost arrivals by 350,000 and increase tourist spending by 28 billion baht, on top of existing projections for the period.

Suparerk Soorangura, managing director of NS Travel & Tours believes that while the waiver of visa fees is a common good, the short three-month period in which it is being offered isn’t enough to compensate for the plunge in visitors from China.

“I think that the measure should last for at least a year and will work for shorthaul markets. What the government should be doing is add conveniences such as e-visa facilities, doing away with immigration cards and speeding up the visa-on-arrival process,” he added.

CCT Group president Vichit Prakobkoson concurs, sharing that while the initiative will attract more visitors, it was not the right solution to counter the sharp decline in number of Chinese tourists.

“The measure should have been introduced when the country was facing a crisis such as a natural disaster or political turmoil,” he said.

He added that there are better ways to jolt the market, such as implementing a new promotional campaign, rather than to lose income from visa applications.