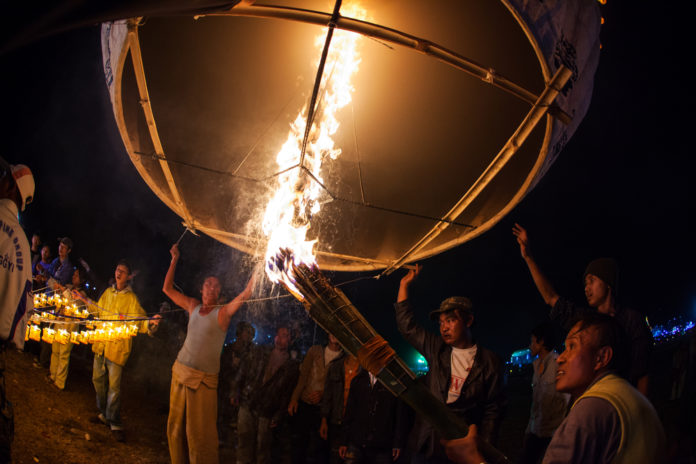 From November 8-15, over a hundred traditionally-made paper balloons will be launched into the sky above Shan state, eastern Myanmar, in celebration of Tazaungdaing, or festival of lights.

This annual celebration will see large papier-mâché hot air balloons of different shapes and sizes launched in the afternoon from the festival grounds near Taunggyi, the capital of Shan state.

There will be specially-marked areas for foreign tourists to enjoy the launching of balloons from a safe distance. Moreover, the festival field will be filled with locals milling about for food, drinks and games. In a country where 84 per cent of households have no electricity, rides at the festival, such as the ferris wheel, are run without electricity.