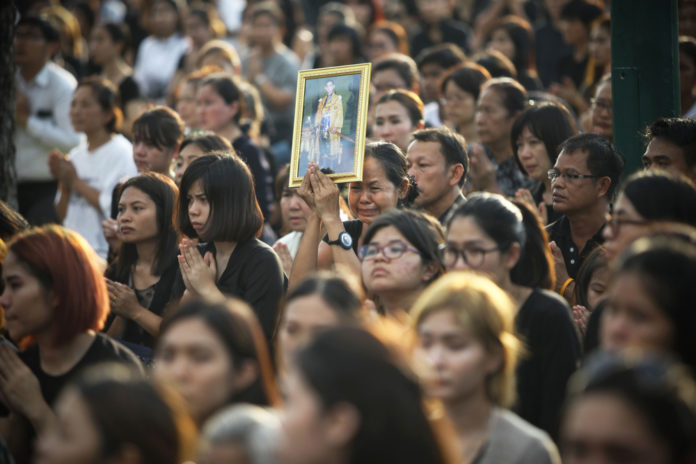 Thailand’s Ministry of Tourism and Sports plans to turn the Kingdom’s sorrow into a world record event during the 2017 New Year countdown.

Conventional countdown activities will be replaced nationwide by religious and praying ceremonies to mark the New Year with at least 20 million participants expected. While such events aren’t new, there is greater impetus now to hold prayer gatherings rather than parties. About 10 million people took part in such sessions last year.

Tourism and sports minister Kobkarn Wattanavrangkul told the press earlier this week that organisers are working closely with the ministry to make sure events held are appropriate as the country mourns for the late King Bhumibol Adulyadej.

“This year, countdown events at main tourism locations will be proper, grand and beautiful. Fireworks will be replaced with lit candles, for example,” explained Kobkarn.

She adds that life goes on for people despite the country’s loss. Therefore, tourism activities and events should run as usual, albeit with tweaks.

The number of foreign arrivals in Thailand grew four per cent to 1.61 million visitors in the first 22 days of this month and tourism income stood at 82.22 billion baht (US$2.3 billion) with a growth of 7.78 per cent year-on-year.

With this positive momentum, Kobkarn said she is confident that 2016’s tourism revenue target of 2.4 trillion baht will be achieved. The country will welcome at least 5.81 million visitors in the last two months of this year, bringing total foreign tourists in 2016 to more than 32 million, she adds.