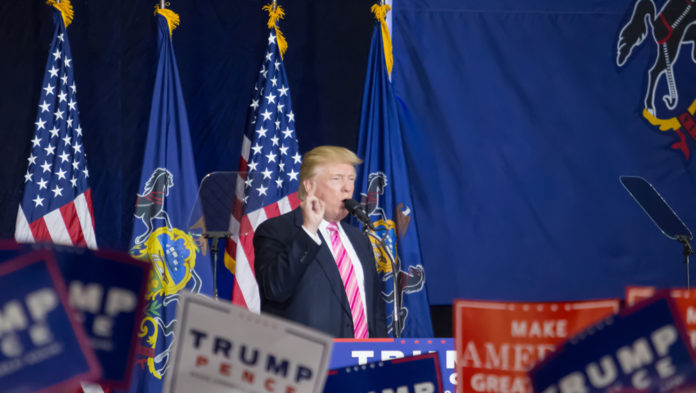 Four in 10 of 2,000 American millennials (18-30) surveyed in September said they would do a ‘Trump Jump’ if Donald Trump gets elected, while three in 10 plan a ‘Hillary Hop’ if Hillary Clinton becomes the next POTUS (president of the United States).

A ‘Trump Jump’ and ‘Hillary Hop’ were defined as “time abroad, travelling, taking a gap year or going overseas”.

Key findings of the survey include:

One in three have become so dismayed with the political options on either side they are looking into moving abroad permanently.

The company said it commissioned the survey not only to learn more about millennials and their travel habits, but their desires and motivations – why they travel and where they want to go. The findings confirmed its “suspicions about an increased desire of American millennials to travel as the US election continues to be in the global spotlight”, said a spokesperson.

It also wanted to get American millennials excited about the prospect of travel and show the doors that travel can open up for this age group especially, she added.

Geckos, part of Intrepid Group, last month had repositioned itself as a tour company focusing on the under 30 crowd. In 2017, all of its trips will open only to travellers aged 18 to 29, down from a previous age cap of 39.

Along with the change, it introduced 20 new trips in 2017 that will cater to youths who are seeking grassroots cultural experiences and adventure. These include treks to Everest Base Camp and tours throughout North America, the Middle East, Asia and Africa.

Intrepid Group’s managing director James Thornton, 35, said: “This move is not about big bus tours and party trips in Europe; it’s about transforming Geckos into a brand that provides the next generation of travellers with a responsible small group alternative.

“While there are other travel brands with age limits, there is nobody offering a dedicated youth product to travellers who want an authentic experience that gives back to the places they visit and people they meet.”

According to the World Tourism Organization (UNWTO), youth travel is one of the fastest growing sectors in tourism, representing 23 per cent of more than one billion international tourists each year.

Millennials, along with Gen Z, who will soon age into the Geckos target market, are known for their socially-conscious, authentic and pragmatic approach to travel, giving experiences higher importance than material goods, said the company.