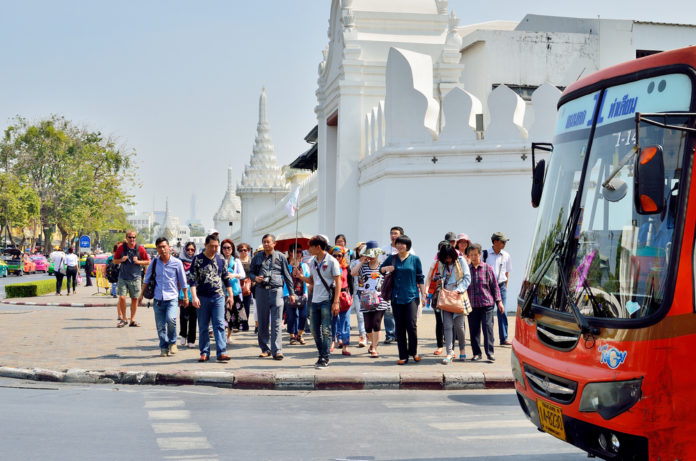 THE Thai cabinet approved a MoU on Tuesday demanding the Ministry of Tourism and Sport (MOTS) to establish standard package prices for Chinese arrivals in order to put an end to zero-dollar tours.

The agreement, which focuses on bilateral collaboration and on taking greater care of tourists, will be signed today by the MOTS and the China National Tourism Administration (CNTA). Also included in the signing is the commitment to improve the skills of tour guides to better serve the needs of Chinese tourists.

The Tourism Authority of Thailand (TAT) revealed that more than 3,500 agents were blacklisted for being involved in zero-dollar operations.

Thailand’s tourism and sports minister Kobkarn Wattanavrangkul and TAT executives will confer with major travel agents in China next month, and the minister expects the situation to normalise by end-October as pricing standards kick in.

MOTS said that even though the crackdowns will be painful in the short term with Chinese arrivals dropping and package tour prices increasing, it believes that it will be good for the tourism industry in the long run.

The ministry revised its projection of Chinese arrivals in Thailand downwards from 825,679 visitors to 690,375 this month. That figure is still higher than the same period in 2015 with 547,843 visitors.

In any case, a shortage of tour buses is expected after a giant zero-dollar tour network, including OA Transport, was busted earlier this month. Police shuttered 381 firms and impounded 2,155 buses in total. Some travel agents may be put out of business, according to MOTS.

However, TAT is still confident that 10 million Chinese tourists will visit Thailand this year as expected because of the upcoming high season. TAT governor Yuthasak Supasorn also assigned TAT’s five offices in China to closely monitor the situation there.