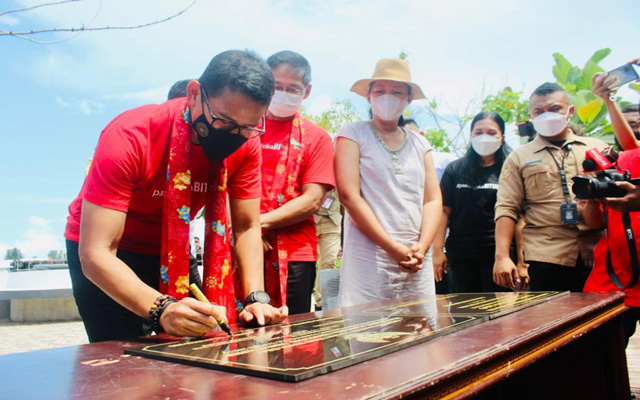 Set to open in early 2023, the Batuangus 369 tourist site is designed for ecological tourism and will comprise two main areas – Colosseum and Resort – across 13.2 hectares of land.

The name Batuangus 369 is a combination of numbers 360 and 9, named for its 360-degree view of surrounding mountains, forests, oceans and hills, while reflecting the identity of nine sub-ethnic groups recognised among the Minahasa through the architectural concept of the property and cultural arts displayed in the Colosseum.

The Colosseum will take in a hotel, villas, restaurants, ballroom and 2,000-seat amphitheatre, while the Resort will feature villas, cabins, a camping ground, restaurants and four meeting rooms for 300 people.

Minahasa’s rich and vibrant culture will be evident throughout the tourist site – from the Minahasa stilt house-inspired architecture to the heritage exhibitions and contemporary performing arts that will be staged at the amphitheatre. In collaboration with Micro, Small and Medium Enterprises and locals, a special food hall will also be created inside the complex to offer a wide variety of local dishes.

Artotel Group will implement its four pillars of Stay, Dine, Play and Shop in developing cultural events with a modern approach to attract its core target of younger generation travellers.

Eduard R Pangkerego, COO of Artotel Group, said efforts would be made to “support local players and collaborate with them through exhibitions, performances and workshops”, and to involve the locals in Bitung City by ensuring that the majority of resort staff would be hired from the local labour pool.