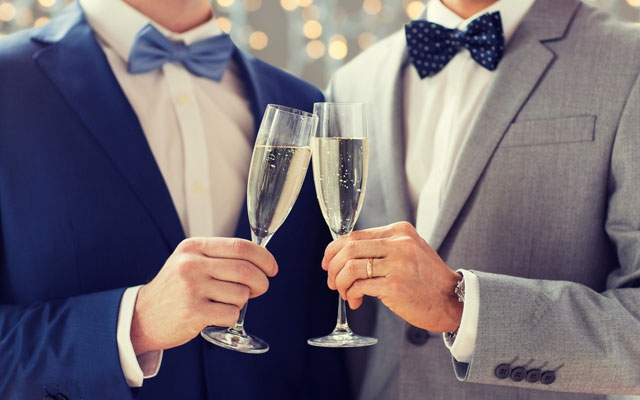 Since declaring its proud intentions to openly promote Thailand as an LGBT+ friendly destination in Asia, Thailand is now stepping up its pursuit of this niche yet lucrative segment by positioning the country not just as a destination for holidays and parties but also as a top-of-mind choice for milestone events for LGBT+ travellers.

Stars appear to align in favour for Thailand’s tourism industry when the Thai cabinet recently passed a bill to a proposed civil union bill. If approved by the Parliament, Thailand will become the first South-east Asian country to legalise same-sex relationships.

And Thailand’s tourism sector is clearly paying close attention to the proposed move, if sentiments at the recent LGBT+ Travel Symposium in Bangkok – the second time the event was held in the country – were anything to go by.

Not only will the near-approved bill send “a positive message” to the world that Thailand is “open to all people and cultures”, said Chattan, the move will also enhance TAT’s mission to position the country as a top destination to “experience diversity”. “We are going deeper and becoming more intensive in what we do to welcome the community,” he added.

A two-pronged approach is undertaken for TAT’s international LGBT+ strategy, according to Steven Johnson, marketing manager of TAT’s New York Office, where the organisation’s global LGBT+ efforts were spearheaded and have been most concentrated.

This involves getting Thailand’s private sector, including hotels and DMCs, on board to train their staff to be more sensitive to the LGBT+ community, and also fostering conversation and knowledge sharing on the Go Thai, Be Free website, a platform launched to share travel information specific to LGBT+ travel in Thailand.

Another key tenet is “making sure Thailand is represented from a LGBT+ perspective” by continuing TAT’s participation at major trade shows like ITB Berlin and FITUR, as well as joining Pride Parades at Tel Aviv, Canada and Germany, revealed Johnson.

While Chattan acknowledges that TAT’s LGBT+ promotional efforts have been predominantly focused on the Western markets – starting first in North America before expanding to Europe – he has plans to establish similar efforts in Asia. Taiwan, which legalised same-sex marriage earlier this year, is earmarked as a potential market for Thailand’s growing LGBTQ tourism sector.

But Chattan made clear that TAT’s LGBT+ marketing efforts are unlikely to be rolled out in Asian countries where the acceptance or tolerance of same-sex relationship is low. “We will respect all countries’ beliefs. Marketing is a two-way street, you cannot do advertising and promotion without a certain level of support from the local level. We just want to be more open and inclusive,” he reiterated.

From party destination to wedding material

Thailand’s gay events calendar in recent years has grown even more colourful and louder, with Circuit Festival Asia (launched 2018) in Pattaya, Tropout Phuket (launched 2016) and White Party (launched 2015), adding to established events like gCircuit, an annual Songkran staple since 2007. Coming up later this year is XXO Party Bangkok, set to take place at So Sofitel Bangkok in October.

With such a vibrant line-up of events for the gay community in Thailand, Vincent Jones, founding CEO & chief experience curator at Citizen Jones Travel, a Los Angeles-based travel company specialising in LGBT+ travel, thinks that Thailand has the makings to become the party capital of Asia, not unlike Ibiza or Mykonos in Europe.

However, TAT’s Johnson was quick to point out that such events only appeal to one component or sub-sector of the overall LGBT+ market, particularly a younger crowd, but that the luxury segment remains a priority market for Thailand’s LGBT+ marketing efforts.

“The weddings and honeymoon market has always been a very strong priority for us. Most people from the Western world who come to Thailand have some level of romance, whether it’s honeymoon or anniversary, and that will continue to be a strong focus, specifically as it relates to the LGBT+ community as well when the legislation passes (for civil union partnership).”

He added: “The trends in our part of the world show that most people doing destination weddings are (marrying) legally in their own source markets and doing it ceremonially at the destination of their choice, so that will add another layer of element to our promotions as well.”

Uwern Jong, editor in chief of OutThere, a luxury travel publication targeted at gay men, and organiser and host of the LGBT+ Travel Symposium, also underlined weddings and honeymoons as among the key trends for the LGBT+ travel market. “There is significant interest in destination weddings for Thailand, and 2020 is expected to be a big year for this trend. Now it’s time to consider LGBT+ weddings if you haven’t [already]”, Jong urged hoteliers in Thailand.

Already, The Sukhothai Bangkok is seeing lucrative prospects in same-sex weddings, the hotel’s director of sales Santichai Boonrasri told TTG Asia. The resort hotel has hosted several same-sex weddings and is actively courting more of such events, as the spending veer upwards of one million baht (US$32,800).

But some markets still have an impression that Thailand is not quite a “sophisticated” destination, pointed out Timothy Cook, Thailand country manager at Abercrombie & Kent.

The luxury travel operator wants to challenge that perception by developing LGBT+ tours to connect travellers with LGBT+ guides and experts in the field to elevate in-destination experiences. “A lot of these tours are about customising – we’re about experts first, orientation second,” he stressed.