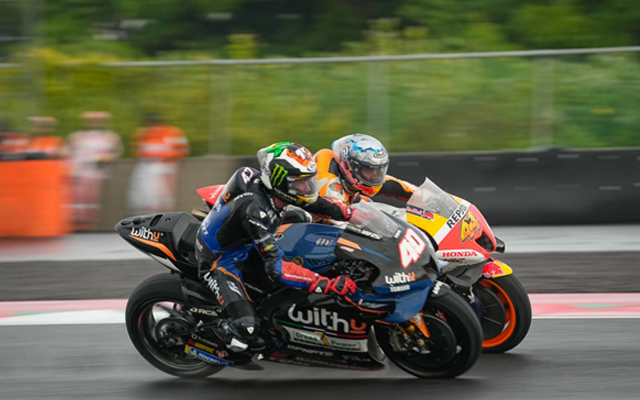 The conclusion of the Pertamina Grand Prix of Indonesia – the first MotoGP race for the country in 25 years – is regarded as a success among local tourism players, as it drew a five-fold spike in arrivals and a high hotel occupancy rate.

Also known as MotoGP Mandalika 2022, the event was held from March 18 to 20 at the new Pertamina Mandalika International Street Circuit in West Nusa Tenggara (NTB) province.

Flights were full with fans who came from all over the country and abroad to catch the race live. Lombok International Airport processed a total of 72,000 passengers for the period of March 17 to 22, a five-fold increase over the daily average.

Indonesia Hotel and Restaurant Association (IHRA) reported a 95 per cent hotel occupancy rate during the event, while homestays, glamping sites and other type of accommodation across the destination have also benefitted from the race.

According to Pertamina, the race’s main sponsor, MotoGP Mandalika 2022 attracted 65,000 spectators and is estimated to have generated more than US$209 million in economic value for NTB.

Ni Ketut Wolini, chairman of IHRA NTB chapter, said MotoGP Mandalika 2022 brought a business revival to the destination. Of the total 20,607 rooms available in Lombok, 18,200 were booked for the event. Hotels in Mataram City, Central and West Lombok also welcomed race spectators, while those further from the circuit in Sembalun area and the three Gilis saw some bookings.

Sahlan M Saleh, chairman of NTB chapter of the Association of the Indonesian Travel Agents (ASTINDO), told TTG Asia that interest in MotoGP Mandalika 2022 was stronger than expected.

“Some 4,000 tour packages were sold, exceeding our target of around 2,000 to 3,000. In fact, many ASTINDO members continued to receive reservations for the post-MotoGP period,” said Sahlan.

He said the NTB tourism community is optimistic that the race would spur continued improvements in domestic and international visitor arrivals.

“Now, we are building on this momentum by intensifying our destination marketing,” he said, adding that he hopes to see a more fruitful post-Lebaran (in May) travel season.

“The target is for an increase of 40 to 50 per cent in arrivals every month,” said Sahlan.

To maintain the positive impact of MotoGP Mandalika 2022, the Ministry of Tourism and Creative Economy is preparing various other sporting events in Mandalika. One of them is the Motor Cross Grand Prix, which will be held in June this year.

“Currently, many sport event organisers are interested in organising racing events at the Pertamina Mandalika International Street Circuit. We are still evaluating which ones can be held, but there will be several motorbike and car events (of local and international scale),” revealed Sandiaga Uno, minister of tourism and creative economy.