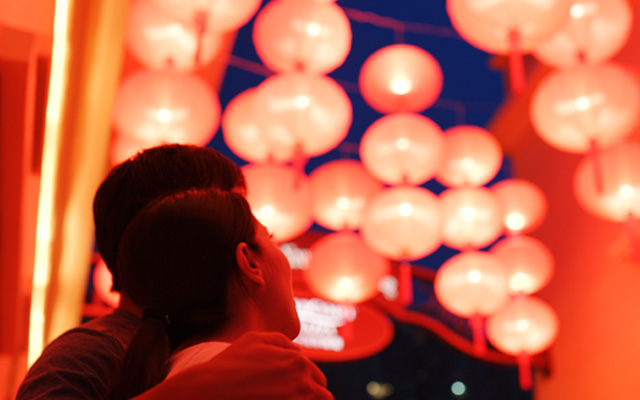 The study looks at all air tickets issued as of January 29, 2022 for Indonesia, Malaysia, the Philippines, Singapore, Thailand and Vietnam, where there are LNY public holidays. Comparison is made between domestic travel during this year’s festive period from January 29 to February 6 and 2019’s February 2 to 10.

Despite spiking Omicron cases within local communities, domestic flight bookings within Malaysia and Vietnam have returned to almost 95 per cent and 108 per cent of 2019 levels respectively.

ForwardKeys’ Asia-Pacific vice president for sales, Bing Han Kee, said the numbers were uplifting, and demonstrated the yearning to reunite and unwind when local conditions allow for travel.

Domestic travel in Indonesia and the Philippines, however, are still below pre-pandemic levels.

Explaining the results, Nan Dai, ForwardKeys’ insights expert, said: “Vietnam’s high numbers are probably because the country has one of the longest Lunar New Year public holidays among her South-east Asian neighbours. Tet Nguyen Dan (Vietnamese New Year) holidays stretch over nine days this year while (most of the LNY holidays elsewhere) are just one to two days.”

Meanwhile, Malaysia’s strong domestic traffic over the first week of LNY celebrations is likely due to pent-up travel demand, according to Dai, as the country had only permitted interstate travel in October last year, after more than 90 per cent of the adult population is fully vaccinated.

Aiding an improved LNY travel mood is the absence of intensified Covid  restrictions in most South-east Asia countries, remarked Kee.

He said: “Most of the South-east Asia countries have (chosen instead to) maintain moderate restrictions or ease restrictions prudently until the end of the festive period. This year’s Lunar New Year will see a big improvement in terms of celebrations with loved ones, compared to the previous two challenging years. Pent-up celebrations in this part of the world is translating into domestic travel back home as well as staycations.”

A deeper analysis of flight bookings for travel within South-east Asia reveals the disruptive impact of the unfolding Omicron wave on intra-regional travel recovery.

However, when comparing the same period against pre-Omicron outbreak (January 29 to February 6, 2022 versus December 18 to 26, 2021), the trends are more encouraging, with South-east Asia into Malaysia flight bookings peaking at 90 per cent of pre-Omicron outbreak levels, the Philippines 86 per cent, Singapore 84 per cent, Indonesia 58 per cent and Thailand 43 per cent.

Dai said: “Thailand was among the first in South-east Asia to reopen to international visitors but tourism performance is not recovering as strongly probably due to the suspension of the quarantine-free Test & Go programme from December 22, resuming only on February 1. Until then, inbound travel was only possible via the Sandbox Programme which requires visitors to stay for a minimum of seven days in stipulated Thailand destinations.”

Kee concluded that intra-regional travel within South-east Asia was heading for a rebound, but recovery is being hampered by Omicron.