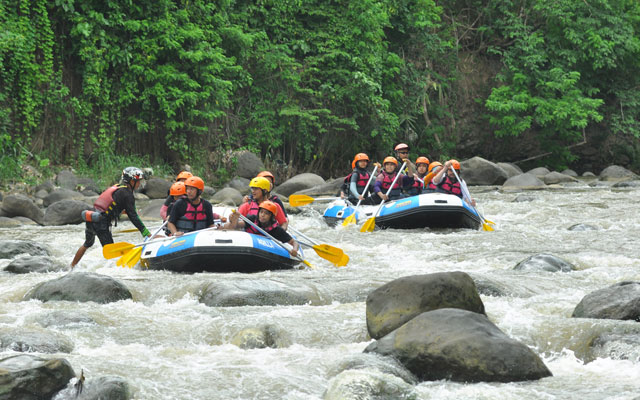 Indonesia’s market for outdoor and adventure tourism is projected to rise notably post-pandemic, but tour operators need to be nimble in adapting to changing trends and traveller needs in order to effectively tap that demand.

A recent study by the Indonesia International Outdoor Festival (IIOUTFEST), in partnership with the Archipelago Nature Tourism Centre Cooperative Services (KOPISETARA) and the BJB Bank, showed that 99 per cent of over 2,000 respondents said they were keen to take adventure trips – ranging from soft, medium to hard adventures – post-pandemic.

Nearly 60 per cent of these respondents were frequent travellers who took several trips a year, shared Heru Prasetyo, head of research and development of Arah Kita Media Group, which conducted the survey.

“(Of this number), 35 per cent travel at least once a month, while seven per cent do it weekly,” he said.

Speaking at this year’s IIOUTFEST, Cahyo Alkantara, chairman of the Indonesia Adventure Travel Trade Association, said: “(At the onset of the pandemic,) adventure tourism was projected to be the last to recover, but it turns out now that it will be the first to come back strongly as travellers are looking for outdoor activities.”

Cahyo said: “People are eager to travel again but their economic situation make them even more cautious on their spending, (that is why) we now see private cars or camper vans parked at most outdoor tourist spots.”

Travellers equip themselves with tents and mattresses and camp overnight there – a growing trend that has opened up new glamping grounds and camper van businesses, he added.

This corresponds with the survey’s finding that 51 per cent of respondents preferred glamping as their accommodation.

The survey also found that 72 per cent opted to arrange their own trips by referencing information from social media, websites, OTAs and travel aggregators.

Based on the study findings, Cahyo opined that adventure travel operators need to adjust their business models and marketing strategies to capture the market.

While demand for expensive packages will drop, travel suppliers who “can identify and fulfil the needs of today’s travellers” will be able to grab a bigger slice of the market, he said, adding that Indonesia’s huge domestic population coupled with its natural and cultural wealth provide big potential.

He suggested trade players optimise their social media marketing strategy and develop partnerships with other tour operators to reach the market.