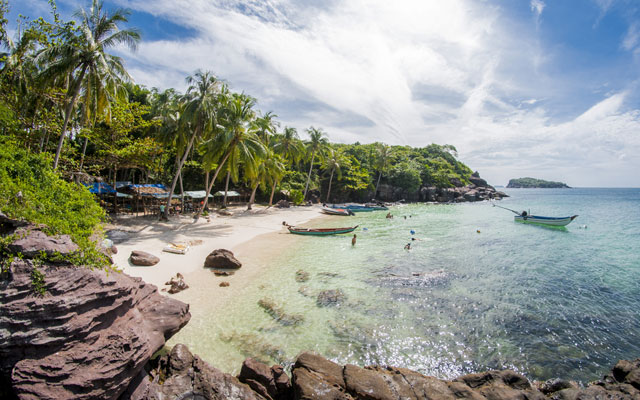 Vietnam’s tourism players are calling for clear guidelines to be announced as the country preens Phu Quoc for opening to vaccinated international travellers in October.

While industry leaders have welcomed the news, they are calling for concise details to be released so plans can be put into play.

Nicholas Wade, general manager of Khiri Travel, said: “We need absolute clarity from the government on what requirements and restrictions are going to be in place. There needs to be a clear plan that is attractive (enough for) the travel industry to be willing to promote.”

If the pilot scheme gets green-lit, Pham Ha, CEO of Lux Travel DMC, predicts European and Russian holidaymakers will be the first to return. However, he said it is vital the industry focuses on “quality rather than quantity”.

Wade added Phu Quoc is predominantly a “flop and drop” destination, meaning multi-night stays in one resort should not be an issue. He added: “Without the possibility of travelling to the mainland, there aren’t going to be a huge number of tourists attracted.”

Ha said another challenge is the uncertainty over which hotels will be given the go-ahead to accommodate guests.

He noted: “Big guys like Vin offer packages (ranging from) seven to 14 nights. However, our German guests don’t want to stay in these big resorts. They prefer small resorts. Unfortunately, when we contacted those, they don’t always know how to conform to the regulations.”

Jeff Redl, managing director of Diethelm Travel Vietnam, said vaccination is key to reopening. The government plans to have 50 per cent of the population vaccinated by the end of 2021 and 70 per cent by the end of 1Q2022.

He remarked: “I’m confident the country will have in place efficient procedures to reach these targets. In the meantime, Vietnam will have to finalise and communicate efficiently the procedures and conditions it requires for welcoming international travellers.”

Linh Le, founding partner of Luxperia DMC, remains hopeful the vaccination campaign will allow borders to fully reopen by March 2022. In preparation, he said it is vital to retrain key staff who moved into other sectors due to the pandemic.

He added: “Leaders need to retain relationships with employees and support their teams to re-engage with talent within the industry. Once borders reopen for vaccinated travellers, it will be those with skilled staff who will recover faster.”