While it's a rocky road to recovery for Singapore's hospitality industry, Sherri Kimes, visiting professor, analytics and operations with NUS Business School, sees bright spots for the sector in the year ahead. 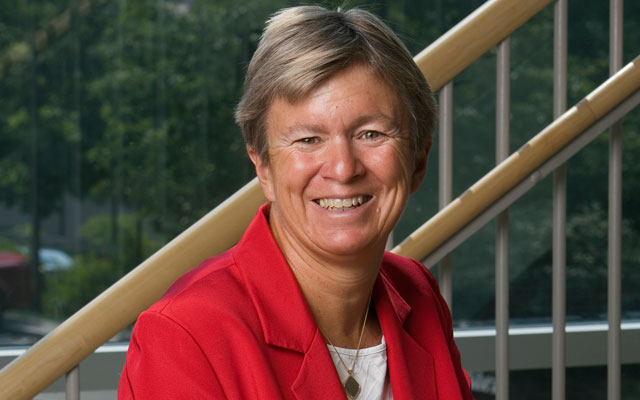 During 2020, stay-home notice and quarantine business, along with housing displaced workers, proved to be a godsend for participating hotels since it provided a base business (albeit at a much lower rate than usual) that allowed hotels to at least cover most of their costs. This, combined with government salary support, helped immensely.

During the circuit breaker, hotels were not allowed to offer staycations, but this restriction was eased in July for approved hotels. As you might expect, the demand for staycations varies based upon hotel location, with hotels in a more ‘resort-like’ environment experiencing higher demand. In addition, some hotels were able to benefit from the limited green lane travel and also by accommodating flight crews.

Many hotels also developed innovative ways of generating revenue such as restaurant delivery, retail sales and workcations. For example, Four Seasons, Regent Hotel, Holiday Inn, Pan Pacific Hotel and W Hotel, among others, all offer delivery from their restaurants. Other hotels such as Fairmont, Intercontinental and the Fullerton Hotel offer workcations in which customers who don’t want to work at home can go.

Given that Singapore borders are mostly closed for the foreseeable future, Singaporeans can’t satisfy their travel itch and are instead focusing on rediscovering Singapore. Since (the launch of Singapore Tourism Board’s SingapoRediscovers Vouchers scheme on) December 1, more than 300,000 Singaporeans have spent their vouchers, and bookings have accounted for nearly S$36 million (US$27.2 million) in vouchers and payments. This has been a big help for struggling hotels and attractions.

Promising developments ahead
Back in September 2020, Keith Tan, CEO of STB, stated “there is a long road to recovery ahead” and “frankly, I am not sure I see any light at the end of the tunnel”. Even though the outcome for 2021 still looks pretty grim, there are some promising signs including the World Economic Forum (WEF) in late May, the deployment of hybrid meeting technology, and the expanded green lane business initiative.

The WEF has traditionally been held in Davos, Switzerland, but due to the rapid spread of Covid-19 in Europe, the WEF organisers decided to move the event to Singapore. The WEF typically brings in about 3,000 dignitaries from around the world as well as a significant number of media representatives.

Hosting the WEF is a major opportunity for Singapore and is a recognition of the confidence that WEF has in the country’s management of the pandemic. It also represents a wonderful opportunity to highlight Singapore’s MICE capabilities. Hosting the WEF will bring in a substantial amount of business, receives very strong international media coverage, and will help build interest in Singapore as a place to do business and to visit once the pandemic is over.

The new Ministry of Trade and Industry (MTI) initiative for segregated travel lane arrangements for business travellers throughout the world is scheduled to begin in late January 2021, and is another promising development. This initiative will allow short-term business travellers from all countries (as opposed to the current limitations placed on approved green lane travel) to enter the country without facing quarantine restrictions.

These short-term business travellers will be transported to dedicated facilities which will be equipped with meeting facilities that allow the travellers to meet with local business people as well as other international business travellers, through specially designed floor-to-ceiling air-tight glass panels. Travellers will be regularly tested while in Singapore and at the end of their meetings, and transported back to the airport.

In a related area, several initiatives in the MICE industry are extremely promising. The MICE industry typically provides 32 per cent of tourism revenue, but with the closed borders, this has essentially gone away. The Event Industry Resilience Roadmap (IRR), a joint initiative from the STB, Singapore Association of Convention & Exhibition Organisers & Suppliers (SACEOS) and Enterprise Singapore (ESG), has helped the MICE industry develop SafeEvent Standards as well as hybrid technologies that can be used to host virtual and hybrid meetings. Singapore has been recognised as a leader in this space.

For example, Marina Bay Sands, in conjunction with STB, launched a hybrid event studio at the Sands Expo and Convention Centre in August and in November, adding mixed reality technology to the studio. Since then, a number of successful events have been hosted there.

As STB’s Tan stated in November: “Covid-19 is the biggest crisis we have ever faced in travel and tourism… The journey to reimagine travel has already started in Singapore, and we want to continue this journey with those whose voices matter – our community in Singapore, and our partners here and around the world.” I have every confidence that the Singapore hotel industry will emerge even stronger than it was in the past.